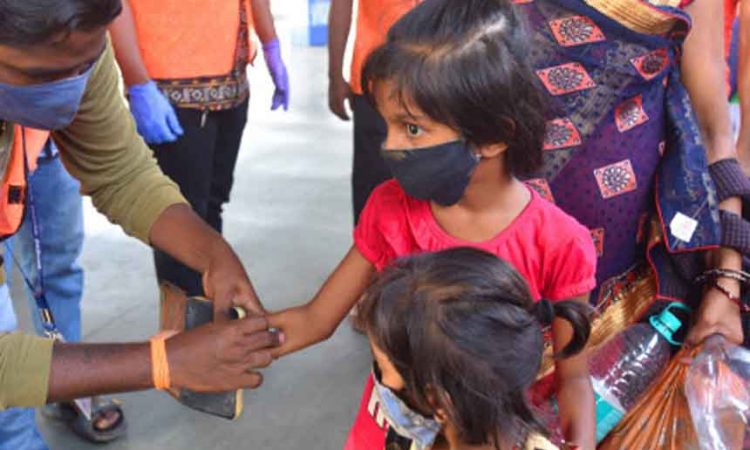 New Delhi, May 23: Amidst growing fears of a third wave of Covid-19 epidemic impacting the children more, the Indian Academy of Paediatrics on Sunday said it was highly unlikely that the third wave would predominantly or exclusively affect children.

“Children are as susceptible as adults and older individuals to develop infection but not severe disease. It is highly unlikely that the third wave will predominantly or exclusively affect children,” the IAP said in a statement.
The last sero survey by the Indian Council of Medical Research between December 2020 and January 2021 showed the percentage of infected children in the age group of 10-17 years was around 25%, which is the same as the adults, indicating while children are being infected as adults, they are not getting the severe disease.
The clarification from India’s top association of child specialists comes at a time when a section of senior doctors, scientists and parents are getting worried about the possibility of the third wave of the pandemic adversely affecting the kids in a big way.
The objective was to put out the factual position from the IAP, said Bakul Parekh, president of the association in 2020.
In the first two waves, IAP said, most of the kids didn’t develop serious disease because of lesser expression of specific receptors to which SARS-CoV-2 binds to enter the host.
However, it’s entirely possible that a small percentage of children may still develop moderate to severe disease and if a large number of the population is affected in the third wave, the number of such children would also rise. But almost 90% of infections in children are likely to be mild.
“Severe disease does occur in children, but there is no evidence indicating that most children with Covid-19 infection will have severe disease in the 3rd wave. As per data collected in first and second waves, even severe Covid-19 infections in children are less likely to require ICU admissions,” the association said.

In the case of a third wave, the doctors said, most affected children are likely to get a mild disease with fever and would require supervised home care with monitoring. While preventive behaviours are the same for children, educating the parents on illness, warning signs and mental health of the children is vital.
This, however, does not mean that the hospitals and administration will not make arrangements for special Covid-19 units for children such as high dependency units and intensive care units. One would also have to watch out for emerging variants, it noted. (Courtesy: DH)