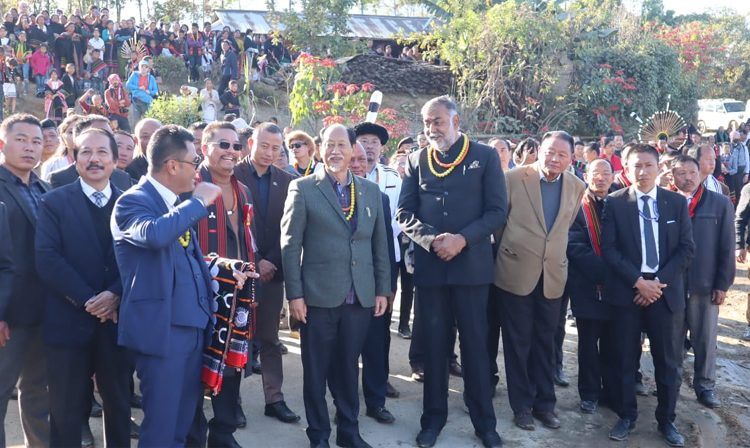 Dimapur, December 4: Union Minister of State for Tourism & Culture (I/C), Prahlad Singh Patel today attended the ongoing Hornbill festival at Kisama.
Addressing the gathering at a colourful cultural function in Kisama, Patel said festivals are a reflection of one’s cultural identity and heritage. While acknowledging the rich and unique cultural identity of Nagas, the Union Minister of State for Tourism and Culture said that Government of India will extend all possible help to preserve and promote the rich cultural tradition and heritage of Nagas.
Various cultural songs and dances were presented by different tribes during the event.
Earlier, the Union Minister of State graced the traditionally important stone pulling ceremony at Mima Village, near Kisama.
Patel, accompanied by the Chief Minister of Nagaland Neiphiu Rio, took part in the in the event by marching along with hundreds of people dressed in their colourful traditional attires.
(Page News Service)