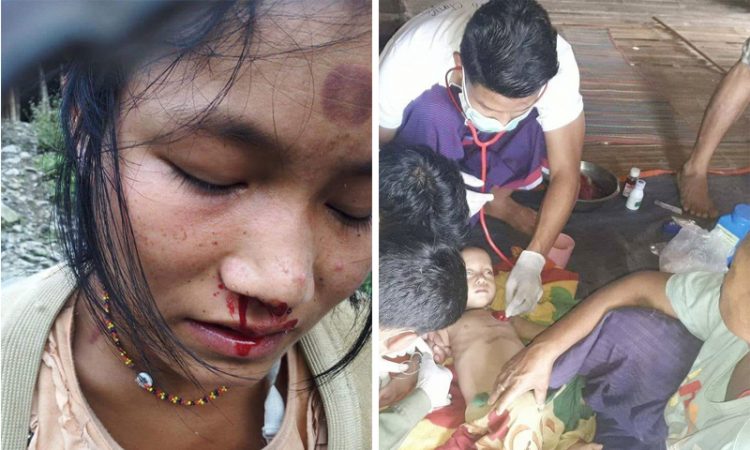 Kohima, September 9: The outbreak of an unidentified disease has claimed several lives in Naga area of Myanmar – one of the most remote places on earth.
Sources said at least seven children below the age of 18 have succumbed to the outbreak of a weird disease in Dung Hee Township of Naga Self-Administered Zone in Myanmar, in recent days. But so far neither health officials nor the Government officials have reached the affected town.
Sources said the disease has affected mostly children below 18 years and seven have died in Dung Hee town since the second week of August.
The symptoms of this disease are bleeding from the nose, high body temperature, red eyes, loose motion and rashes.
According to sources, over one thousand people have been affected by the disease and the situation is alarming as no expert health officials are in the area, except Eastern Naga Development Organisation (ENDO), a local based NGO which is in the area trying to contain spread of the disease and help the affected children.
Church workers from Naga Baptist Convention Khamti and Hangya Baptist Mission Committee are also trying to help the infected children to reach the nearest health centres.
Sources said if the outbreak is not controlled at the earliest it would spread to nearby villages which would claim more lives.
But Myanmar’s Ministry of Health, Infectious Diseases Eradication Department (Central) said the infected children from the Naga Autonomous Administrative Area were being treated for an unidentified disease.
The sub-township medical officer from the nearby area along with health workers has reached the area.
“But we have not received yet any detailed information. This area is remote and far-flung area so that we cannot get yet detail information on this disease,” the report quoted a health department official.
Every year disease outbreak has claimed scores of lives in Naga areas in Myanmar due to its remoteness and inaccessibility by health workers.
In recent past health workers from Nagaland had even visited the needy people there with medicines. (Page News Service)