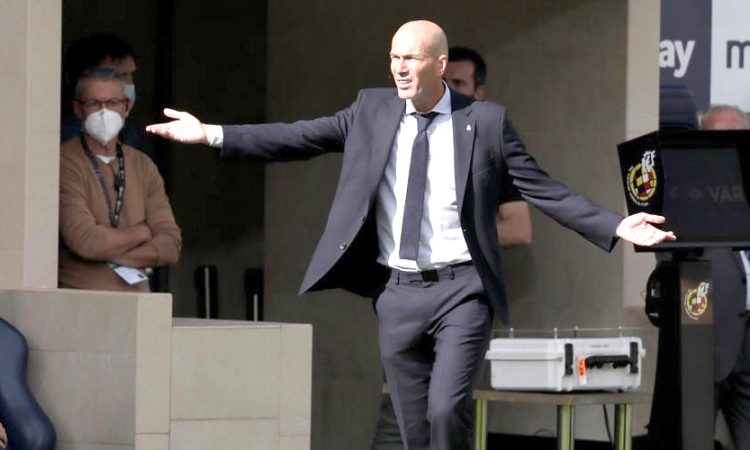 MADRID, December 4: Under-fire Real Madrid coach Zinedine Zidane said on Friday that he has the backing of the club’s players and hierarchy despite their recent run of poor form.
Real have won one of their last five games in all competitions, with local media reporting the Frenchman has two games to save his job, starting with Saturday’s trip to Sevilla in La Liga.
Zidane, however, said he has the support of everyone at the club.
“Yes, I have the club’s complete backing,” he told a news conference.
“I can’t be satisfied when we lose a game, but we know where we are. We’re lucky enough to be able to fight and give our all for this club and that’s what I’ll do until my last day.
“The players want to compete (for trophies), to play and they’ve always shown me warmth. We know that together we will come through this. When things don’t go right, they’re the first people who aren’t happy.
“In tough times we need to pull together and in the same direction. We’ll get through this.”
Real are fourth in La Liga, seven points adrift of leaders Real Sociedad.
The La Liga champions’ downturn in form has coincided with the absence of captain Sergio Ramos, who has missed the last six games with a muscle problem.
With Wednesday’s crunch Champions League tie with Borussia
Moenchengladbach on the horizon, Zidane says he will not take any risks with Ramos’s fitness.
“As always with everyone, and with Sergio too, we won’t take risks. If Sergio is fit enough then he’ll be with us and that’s how it is and we know that.
“I don’t want him to do any more harm. We’ll see what we do tomorrow.
Hopefully I can get all the injured lads back sooner rather than later.”
Defender Dani Carvajal, midfielder Federico Valverde and forward Eden Hazard will definitely miss the trip, however there was better news for Zidane as Luka Jovic resumed training after returning a negative COVID-19 test. (Reuters)