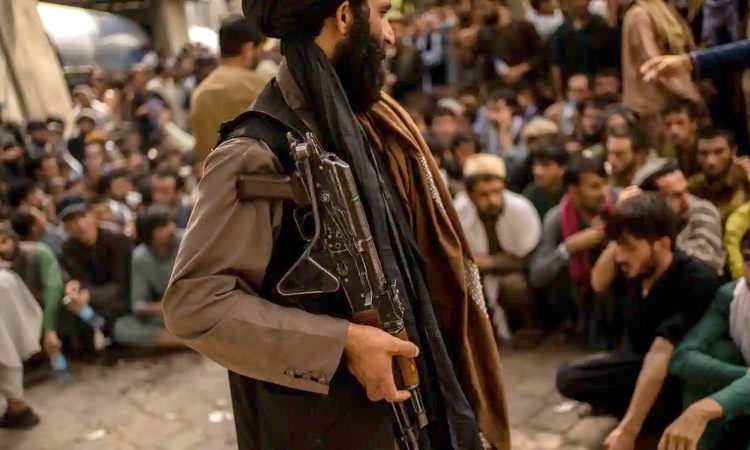 United Nations/Geneva, September 13: UN Secretary General Antonio Guterres on Monday announced a USD 20 million allocation to support humanitarian operation in Afghanistan, saying the “de facto” authorities in the war-torn country have “pledged” to cooperate to ensure assistance is delivered to the people.

“The people of Afghanistan need a lifeline. After decades of war, suffering and insecurity, they face perhaps their most perilous hour. Now is the time for the international community to stand with them,” Guterres said at a humanitarian conference on Afghanistan convened in Geneva.
At the global conference, Guterres announced a USD 20 million allocation from the UN’s Central Emergency Response Fund to support the humanitarian operation in Afghanistan.
Cautioning that “time is short and events move quickly in Afghanistan,” Guterres appealed to the international community to extend that “lifeline to the people of Afghanistan – and do everything we can – and everything we owe – to help them hold on to hope.”
The United Nations convened the High-Level Ministerial event on the humanitarian situation in Afghanistan to highlight the acute needs in the country and underscore the urgent funding support and actions required by international partners to support the people of Afghanistan.
As Afghans urgently need food, medicine, health services, safe water, sanitation, and protection, UN agencies and non-governmental partners have launched a flash appeal seeking USD 606 million for the remainder of the year to bring vital relief to 11 million people.
He told the conference that he had asked UN Under-Secretary-General for Humanitarian Affairs and Emergency Relief Coordinator Martin Griffiths to travel to Kabul last week to meet the leadership of the Taliban.
Griffiths had met with Taliban co-founder Mullah Abdul Ghani Baradar and the militant outfit’s leadership in Kabul to engage with the authorities on humanitarian issues.
“The de facto authorities pledged to cooperate to ensure assistance is delivered to the people of Afghanistan. Our staff and all aid workers must be allowed to do their vital work in safety without harassment, intimidation or fear,” Guterres said.
Last week, the Taliban announced a hardline interim government led by Mullah Mohammad Hasan Akhund, chief of the Taliban’s powerful decision-making body ‘Rehbari Shura’. He will be the Acting Prime Minister while Baradar will be his deputy in the “new Islamic government .
At least 14 members of the Cabinet, including acting Prime Minister Mullah Akhund, are listed on the UN Security Council’s terrorism blacklist.
The UN chief said that in order to continue the life-saving efforts in Afghanistan, four things are required right away – funding; help to boost humanitarian access; need to safeguard the rights of women and girls in Afghanistan and need to ensure that the humanitarian response saves lives but also saves livelihoods.
On funding, Guterres said, we need more. We need it quickly. And we need it to be flexible enough to adapt to the fast- changing conditions on the ground.”
He urged for help from the international community to boost humanitarian access, including the airbridge with Kabul and other hubs in Afghanistan. “The United Nations Humanitarian Air Service established an airbridge from Islamabad into Kandahar, Mazar and Herat, with operations running since the end of August. This work must continue. Much more is needed.”
He added that “we need to be able to move aid workers and humanitarian supplies in and out of the country.”
Emphasising that one of the bright spots of Afghanistan today is the new generation of women leaders and entrepreneurs, educated and flourishing over the last two decades, Guterres said Afghan women and girls want to ensure that gains are not lost, doors are not closed and hope is not extinguished. This is central to the future of the country and every Afghan.
Expressing concern that the people of Afghanistan are facing the collapse of an entire country “all at once”, Guterres said Afghanistan faces a development emergency and progress of the two last decades must be protected.
“In doing so, we must ensure that local economies remain functional; that people can stay in their communities and in their homes; that they have access to basic services, basic income and social protection.

Guterres said the conference is not simply about what “we will give to the people of Afghanistan. It is about what we owe.” (PTI)