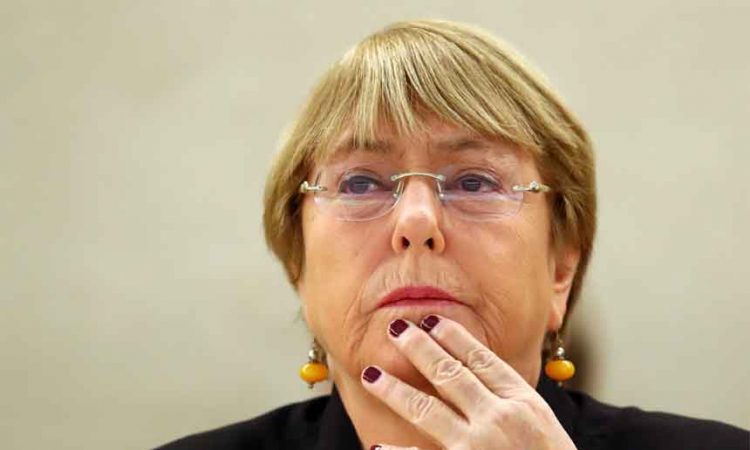 Berlin, May 15: The United Nations’ human rights chief is urging all in what has developed into a battle between Israel and Gaza’s militant Hamas rulers to lower tensions, and faulted actions by both sides.

Michelle Bachelet, the UN high commissioner for human rights, said in a statement issued in Geneva on Saturday that rather than seeking to calm tensions, inflammatory rhetoric from leaders on all sides appears to be seeking to excite tensions rather than to calm them.
Bachelet’s statement was issued on Saturday, shortly before an Israeli airstrike destroyed a high-rise building in Gaza City that housed offices of The Associated Press and other media outlets.
In the statement, Bachelet warned that the firing of large numbers of indiscriminate rockets by Palestinian armed groups into Israel, including densely populated areas, in clear violation of international humanitarian law, amounts to war crimes.
There also are concerns that some attacks by the Israeli military in Gaza have targeted civilian objects that, under international humanitarian law, do not meet the requirements to be considered as military objectives.

It added that the failure to adhere to the principles of distinction, proportionality and precaution in the conduct of military operations amounts to a serious violation of international humanitarian law and may constitute war crimes. (AP)