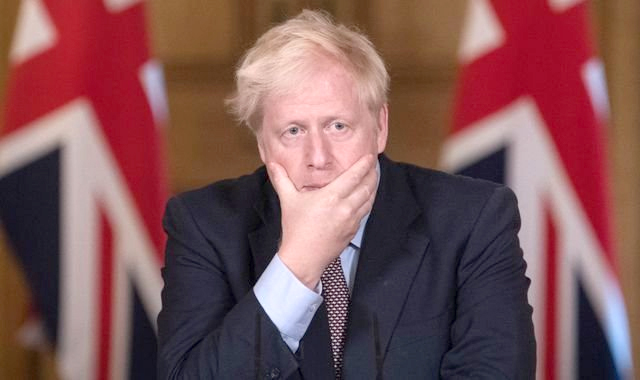 London, September 13: Britain’s former prime ministers from rival parties, Tony Blair and John Major, united on Sunday to call on members of Parliament to boycott Prime Minister Boris Johnson’s proposed law aimed at overriding parts of the Brexit divorce agreement.
Ahead of the Internal Market Bill coming up for debate in the House of Commons on Monday, Major as a member of Johnson’s own Conservative Party and Blair from the Opposition Labour Party warned that what is being proposed by the prime minister is shocking and has wide-ranging ramifications on all future trade negotiations, not only with the European Union (EU) but with other nations.
“The overt repudiation of the treaty by seeking to override unilaterally the provisions agreeing to the application of certain EU rules to Northern Ireland strikes at the very heart of the withdrawal agreement, the duo wrote in a joint article for The Sunday Times’.
“If the government has concerns about specific parts of the withdrawal treaty, there are ready mechanisms within it to resolve them amicably; in the first instance by negotiation between the UK and the EU and, if that fails, through independent arbitration. It has chosen to ignore these options. Instead, it has thrown the withdrawal treaty into uncertainty and given the EU genuine reason to question whether Britain can be relied upon in any future trade agreements with the EU, they wrote.
Major was a Conservative prime minister from 1990 to 1997. His Labour successor Blair served as Britain’s prime minister from 1997 to 2007.
Amid growing discord over the issue within his own party, Johnson has sought the backing of his MPs for the new Bill saying the EU is threatening to impose a customs border in the Irish Sea, separating Northern Ireland from the rest of the UK.
The Bill focuses on the Northern Ireland Protocol the part of the Brexit divorce designed to prevent a hard border on the island of Ireland. If it became law, it would give UK ministers powers to modify or “disapply” rules relating to the movement of goods between Britain and Northern Ireland that will come into force from January 2021, unless the UK and EU are able to strike a trade deal ahead of that.
UK Justice Secretary Robert Buckland described the proposed law as an insurance policy on Sunday, saying that he was prepared to resign if the UK ends up breaking the law over Brexit “in a way I find unacceptable”.
He suggested that the government would only invoke the powers in the Bill if the EU acted in an “unreasonable” way by insisting on excessive checks on goods moving between the shared border of UK territory Northern Ireland and EU member-state Ireland.
“I believe with our determination to seek an agreement, we will get a position where we don’t need to invoke these provisions. This is all about insurance planning, if you like, a break-the-glass-in-an-emergency provision,” he said.
However, Irish Foreign Affairs minister Simon Coveney said it was “completely bogus” for the UK to claim that the EU was now interpreting the Withdrawal Agreement in a way which could lead to the break-up of the UK.
And, EU’s Chief Brexit Negotiator Michel Barnier said the 27-member bloc could not have been “clearer” when the two sides agreed the Brexit withdrawal agreement last year what the implications would be for Northern Ireland and the rest of the UK.
The issue has also piled pressure on the Goan-origin Attorney General in Johnson’s Cabinet, Suella Braverman, who was challenged about the proposed law during the annual general meeting of the UK’s Bar Council, the professional association for barristers, on Saturday.
According to The Observer’, Braverman was asked how Britain could retain a shred of credibility in imploring other countries to follow international law after revealing its own willingness to breach agreements.
Five senior barristers reportedly confronted her during the meeting, telling her that a crime which broke the law in a specific and limited way the phrase used by Northern Ireland Secretary Brandon Lewis in the Commons when he announced the move was still a crime.
The issue is likely to dominate the political agenda as MPs return to Parliament next week to start debating the new Bill.
Labour’s Brexit spokesperson, Rachel Reeves, has said the party could not support the bill “as it stands” because it would be “deliberately and consciously breaking international law”. This coupled with opposition from within the ruling Conservatives has set the stage for the latest Commons clash over Brexit. (PTI)