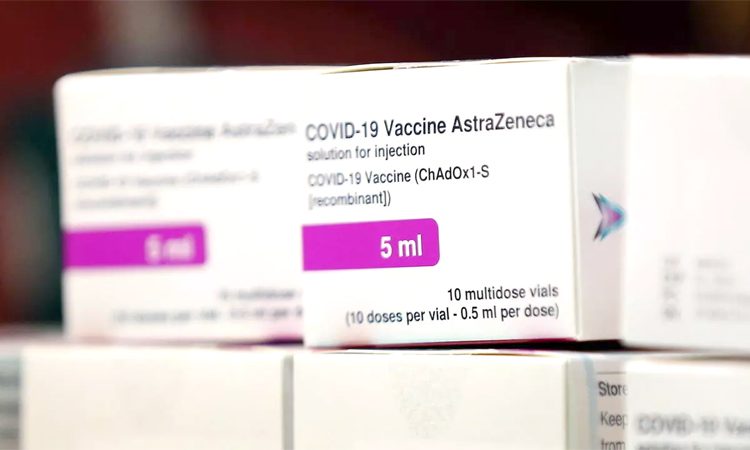 London, January 4: The UK on Monday began rolling out the Oxford/AstraZeneca vaccine against COVID-19, becoming the first nation to inoculate people with the cheaper and easy-to-handle jab outside of trials.
The Oxford vaccine, which also has a tie-up with the Serum Institute of India, was first administered to Brian Pinker, an 82-year-old Oxford-born dialysis patient.
Pinker is among the first to be vaccinated by the Oxford University Hospital’s (OUH) chief nurse, hailed as a major milestone in the phased vaccination programme being undertaken by the National Health Service (NHS). The Oxford jab is the second vaccine approved for rollout in the UK after the Pfizer/BioNTech vaccine.
The rollout comes as coronavirus cases in the UK continue to surge. The country has registered over 50,000 new COVID-19 cases for six days in a row, with 54,990 new cases reported on Sunday.
Health Secretary Matt Hancock said it was a “pivotal moment” in the UK’s fight against the virus, as vaccines will help curb infections and then allow restrictions to be lifted.
Pinker, a retired maintenance manager, said he was pleased to be getting protection against the virus, giving him peace of mind as he continues to receive treatment.
Alongside Pinker, music teacher and father-of-three Trevor Cowlett, aged 88, and Professor Andrew Pollard, a paediatrician working at OUH who also pioneered the Oxford jab, are among the first to be vaccinated on Monday.
“The Oxford vaccine is a triumph of British science and I want to thank everyone involved in its development and production,” said UK Prime Minister Boris Johnson.
“We know there are challenges still ahead of us over the coming weeks and months, but I’m confident this is the year we will defeat coronavirus and start building back better,” he said.
Professor Pollard, Director of the Oxford Vaccine Group and Chief Investigator of the Oxford Vaccine Trial, said: “It was an incredibly proud moment for me to have received the actual vaccine that the University of Oxford and the AstraZeneca teams have worked so hard to make available to the UK and the world.
“As a paediatrician specialising in infections, I know how important it is that healthcare workers along with other priority groups are protected as soon as possible a crucial role in defeating this terrible disease”.
The new Oxford vaccine is easier to transport and store than the Pfizer jab, which has to be kept at minus 70 degrees until shortly before it is used, making it easier to deliver in care homes.
India’s drugs regulator on Sunday approved Oxford COVID-19 vaccine Covishield, manufactured by the Serum Institute, and indigenously developed Covaxin of Bharat Biotech for restricted emergency use in the country, paving the way for a massive inoculation drive.
“Through its vaccine delivery plan, our exceptional NHS has now delivered over a million vaccinations to patients across the UK. The vaccine is our way out and this huge achievement brings us a step closer to the normality we’ve all been working hard to reclaim,” said UK Health Secretary Hancock.
“This will be a historic day, and cause for celebration, but it’s vital everyone continues to follow the rules and remember hands, face, space, to keep ourselves and others safe,” he said, warning that the new variant of the deadly virus still remains a major risk to the NHS services.
The first Oxford/AstraZeneca vaccinations will be delivered at a small number of hospitals for the first few days for surveillance purposes, as is standard practice, before the bulk of supplies are sent to hundreds of general practitioner (GP) led services later in the week.
The NHS is giving GPs an extra 10 pounds for every care home resident that they vaccinate by the end of the month.
Thereafter, hundreds of new vaccination sites are due to come onstream this week, joining the 700 which are already in operation.
“The NHS’ biggest vaccination programme in history is off to a strong start, thanks to the tremendous efforts of NHS staff who have already delivered more than one million jabs,” said NHS medical director Professor Stephen Powis.
“Throughout the pandemic their response has been phenomenal from introducing world-leading treatments for coronavirus which have saved patients’ lives as well as delivering the very first COVID-19 vaccines outside of a trial in a landmark moment in history, and now rolling out the new Oxford AstraZeneca vaccine, chalking up another world first that will protect thousands more over the coming weeks,” he said.
Last week, regulators and the four UK chief medical officers announced that the gap between first and second doses of the Pfizer vaccine should be lengthened so that more people can be protected faster.
Delivery of the Pfizer jab, the first vaccine to be approved, is therefore also now able to be accelerated.
The NHS said it has now vaccinated more people than anywhere else in Europe, including more than one in five people over the age of 80.
It comes as the UK faces challenges of a very rapidly spreading new mutation of coronavirus, which has plunged most of the country into the toughest lockdown restrictions and there is the likelihood of those measures being even further enhanced as infection rates continue to surge. (PTI)