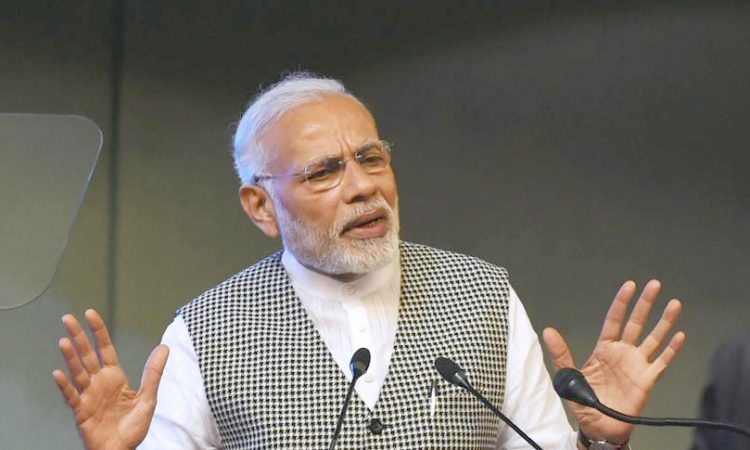 New Delhi, May 28: Prime Minister Narendra Modi today said the ‘Ujjwala Yojna’, a flagship welfare scheme of his government aimed at increasing LPG cylinder coverage among poor families, has led to a social transformation with over 45 per cent of its four crore beneficiaries being Dalits and tribals.
In an interaction with the scheme’s beneficiaries, he underlined his government’s pro-Dalit credentials by comparing benefits given to the community under it against what they received under the Congress-led UPA government.
While Dalits got 445 petrol pumps under 2010-14 during the UPA rule, more than 1200 of them got it during 2014-18 in his government’s rule, he said, adding the corresponding figures for LPG distribution centres for the community are over 900 and 1300.
“Since people started to get benefits under the Ujjwala Yojna, a big social transformation is visible. I am happy to tell you that out of its four crore beneficiaries 45 per cent are Dalits and tribals,” he said.
“Till 2014, 13 crore families got LPG connection. This means, for over six decades the figure stood at 13 crore. It was mostly the rich people who got LPG connections. In the last 4 years, 10 crore new connections have been added and the poor benefited,” he said.
The LPG reach is now 100% in 70% villages and more than 75% in 81% villages, he said.
The clean fuel is leading to healthy India, Modi said, citing benefits of LPG fuel.
During the recent ‘Gram Swaraj Yojna’, 11 lakh people received LPG connection in one day, he said, adding more and more people are joining the list of its beneficiaires.
“Ujjwala Yojana has strengthened the lives of the poor, marginalised, Dalits, tribal communities. This initiative is playing a central role in social empowerment,” Modi said.
The prime minister said that when he was young, he would see rich and influential people had gas connections and they would tell the poor that it was unsafe to have a gas connection at home.
“When we would ask them why do they have it in their homes, they were silent,” he said.
Following his speech, Modi also interacted with beneficiaries of the scheme.
“This is the month of Ramzan. We read the Holy Quran daily. We are going to pray daily for you and we hope that you continue to serve us as the prime minister,” a group of women from Anantnag in Kashmir told him.
Modi recalled that when he was young he had many Muslim neighbours.
“Many of my friends were Muslims. I remember during Ramzan, women woke up particularly early but the coming of the Ujjwala Yojana would have changed that too,” he told them. (PTI)