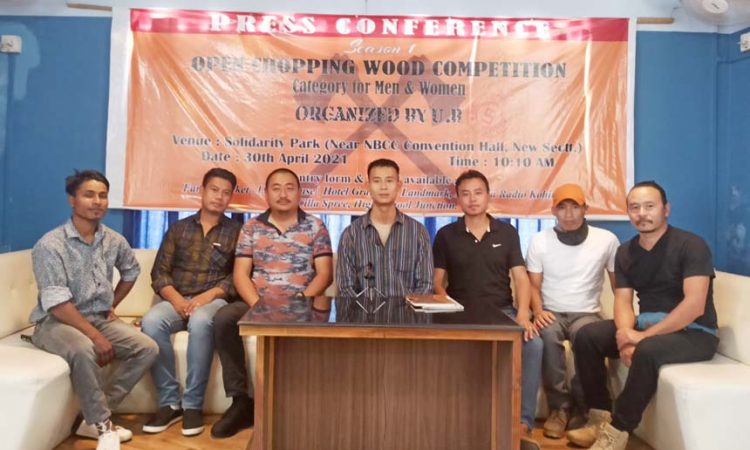 KOHIMA, APRIL 10: An event which is slated to be the first of its kind in India, United Brothers (UB) from Kohima Village will be organizing the 1st Open Wood Chopping Competition at Solidarity Park, Kohima on April 30.

President of UB, Vikeduolie Khruomo stated that the total prize pool of the competition is Rs.3,60,000, and the winner from both women and men category will leave the venue Rs. 1 lakh richer.
Speaking about the event, Khruomo said that the event was conceptualized after taking inspiration from similar competitions held around the world and from a fitness stand point as well. However, participants for the said contest are expected to split woods the traditional Naga way of chopping wood under 3 minutes, he added.
While the prize money for the winner in men and women is set at Rs. 1 lakh, the runner-up will be awarded Rs.50,000, and the third and fourth place finishers will be awarded Rs.20,000 and Rs.10,000 respectively for both the categories, informed UB President.
There will be an audience lucky draw where the winner will get one pick-up truck load of firewood and the audience will also get complimentary food and drinks. Also, a gift voucher will be awarded to the participant with the best-looking axe.

President of UB also informed that players’ entry fee to the wood chopping competition is Rs.2000 and ticket price for spectators is Rs.1000. He further mentioned that interested people may avail entry forms and tickets from Fancy Market, Light House, Hotel Grandeur, Landmark, All India Radio, Cilla Spree and High School junction.
For more information, one can contact at 9366648588/ 8794788780/ 8974753283. (Page News Service)