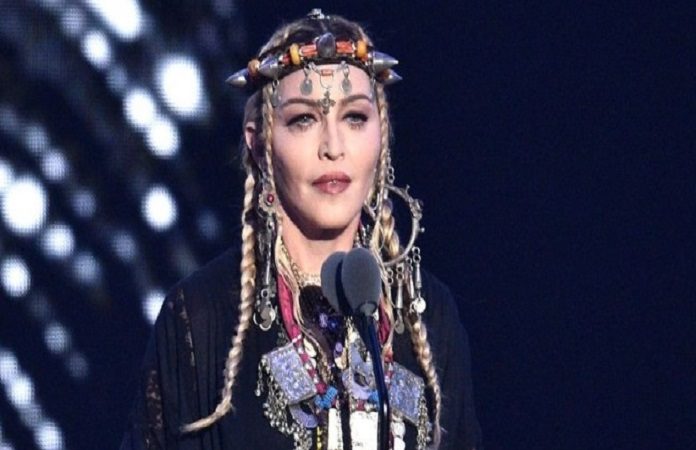 Singer Madonna was set to pay tribute to the Queen of Soul Aretha Franklin at the MTV Video Music Awards, but the speech seemed to be all about herself.
MTV asked Madonna to honour Franklin, who died on August 16, during her introduction for the video of the year winner announcement. Most of the tribute to Franklin, however, was spent explaining the early origins of Madonna’s career, reports variety.com.
The only mention of Franklin was that Madonna sang “(You make me feel like a) natural woman” to – ultimately unsuccessfully – audition for a song. She credited that failure with launching her into a different opportunity that led to the rest of her career.
She added towards the end of her speech: “I want to thank you, Aretha, for empowering all of us. Respect. Long live the queen.”
This got her mixed reactions.
“I’m so lost. I thought Madonna was supposed to be paying homage to Aretha but I all heard was her paying homage to herself. Heavy on the Mayonnaise…”,” Charlamagne Tha God wrote on Twitter.
“This is why personal essays are over,” wrote one user.
“I hate that Madonna manages to make everything about herself – even when speaking on behalf of our luminaries,” wrote another, amongst many others.