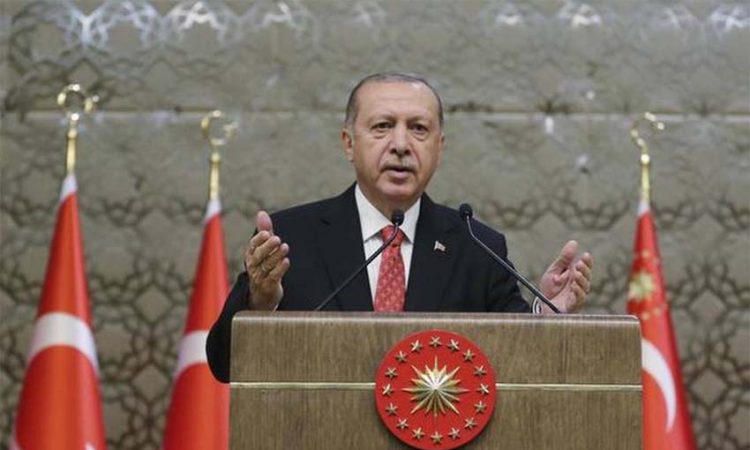 Istanbul, October 21: Turkish President Recep Tayyip Erdogan on Sunday vowed to reveal the “naked truth” over the killing of journalist Jamal Khashoggi, saying that he would make a new statement on the case next week.
“We are looking for justice here and this will be revealed in all its naked truth, not through some ordinary steps but in all its naked truth,” Mr. Erdogan told a rally in Istanbul.
Saudi authorities conceded on Saturday that Khashoggi, the Washington Post columnist and a Riyadh critic, was killed inside the kingdom’s Istanbul diplomatic compound.
Their admission came after a fortnight of denials with the insistence that the journalist left the consulate alive.
Turkish officials have claimed they believe that 15 Saudi men who arrived in Istanbul on two flights on October 2 — the day when Khashoggi entered the consulate — were connected to his death.
Riyadh said it fired five top officials and arrested 18 other Saudis as a result of the initial investigation.
“Why did those 15 men come here? Why were 18 people arrested?” Erdogan asked in Istanbul.
He said he would make a full statement on the case when he would address his ruling party MPs in parliament on Tuesday.
The Turkish leader has so far refrained from making strong statements about the death of Khashoggi, often referring to a prosecutors’ investigation into the killing.
Analysts see this as an attempt to avoid provoking a full rupture of relations with Saudi Arabia.
‘Urgent need for clarification’ on Khashoggi death
Britain, France and Germany said Saudi Arabia must clarify how dissident journalist Jamal Khashoggi died inside its Istanbul consulate, and its account must “be backed by facts to be considered credible”.
“There remains an urgent need for clarification of exactly what happened on October 2 —beyond the hypotheses that have been raised so far in the Saudi investigation, which need to be backed by facts to be considered credible,” the three countries said in a joint statement.
“We thus stress that more efforts are needed and expected towards establishing the truth in a comprehensive, transparent and credible manner,” they added.
“We will ultimately make our judgement based on the credibility of the further explanation we receive about what happened and our confidence that such a shameful event cannot and will not ever be repeated.”
After a fortnight of denials, Saudi authorities admitted Saturday that Khashoggi, a Washington Post columnist and prominent critic of powerful Crown Prince Mohammed bin Salman, was killed after entering the consulate in Turkey on October 2.
But it has faced a growing chorus of incredulity over its belated explanation that he died in a “brawl”, as world powers demand answers and the whereabouts of his body.
“The threatening, attacking or killing of journalists, under any circumstances, is unacceptable and of utmost concern to our three nations,” added the European allies’ statement.
“The quality and significance of the relationship we have with the Kingdom of Saudi Arabia also rests with the respect we have for the norms and values to which the Saudi authorities and us are jointly committed under international law,” they warned.
US President Donald Trump has accused Saudi Arabia of lying about the killing of Jamal Khashoggi, his strongest comments to date on the affair as pressure builds on the administration to strike a tougher line. (AFP)