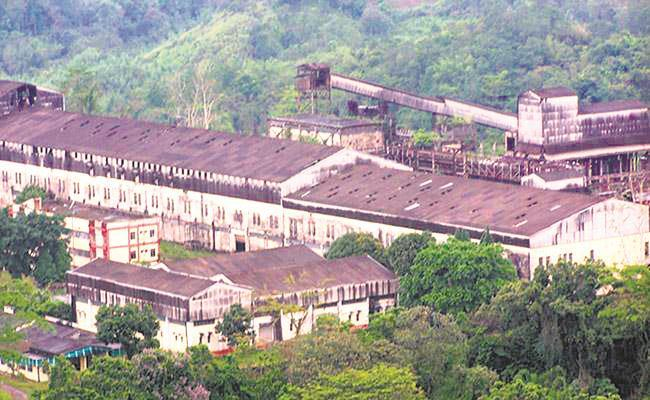 Dimapur, July 16: The only existing and ‘sick’ industry, the Nagaland Pulp & Paper Company Ltd at Tuli is on the verge of closure as the Board of Hindustan Paper Corporation Limited has been dissolved and taken over by National Company Law Tribunal.
According to sources, if the Government of India does not intervene and bail out the defunct industrial unit, then the company would be sold to recognized bidder and all the dues of the HPC would be paid through it.
It may be mentioned here that the Government of Nagaland has time and again talked about the revival of the Tuli Paper Mill and for which the Government of India had also sanctioned funds. But till date, nothing concrete had been done to re-start the sick unit and roll out paper.
Sources alleged that funds allotted by Government of India were diverted by the HPC for its own use. Out of Rs 100 crore given, only approximately Rs 33 crore was given to Tuli Paper Mill, due to which project activities came to a grinding halt since August 2015.
Sources also mentioned that the venders’ dues could not be cleared and they backed out, due to diversion of fund, utilization certificate could not be given and hence further funds were blocked. It said all statutory dues remained unpaid, besides salaries were not disbursed to the employees due to which the entire project could not move further.
Seeing the conditions of the employees, the Government of Nagaland stepped in and provided a loan of Rs 1.2 crores out of which three months salaries were paid, while another one month salary was paid out of equity money, sources said adding subsequently the mill sold the scrap it had generated and paid further three months salary. However, the salaries of employees are pending since June 2017.
Sources said the mill has now been referred for closure and would be announced very shortly.
While lots of developments have taken place recently in regards to the NPPC Ltd, the Government of Nagaland is yet to take any step to stop the auction of the mill.
People associated with the mill have also questioned whether the representatives of Government of Nagaland had given the green signal for the closure of the mill or are they aware of the present status of the mill.
Nagaland Government officials could not be contacted for comments. (Page News Service)