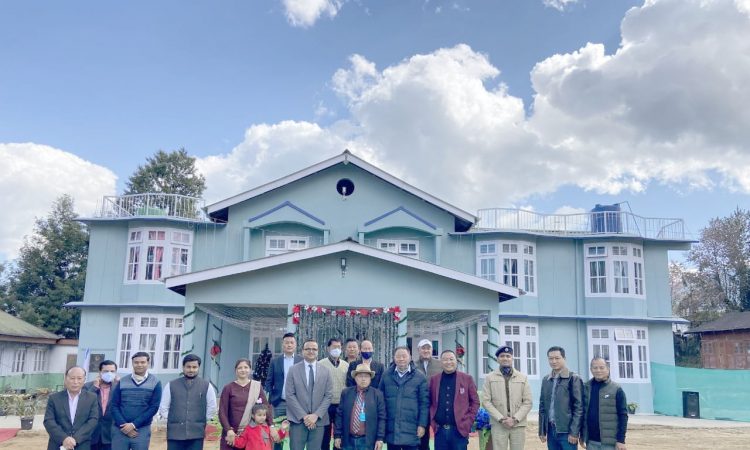 Tuensang, December 3: Tuensang Deputy Commissioner Bungalow was inaugurated today.
Amidst the ongoing agitation by the ENSF across Eastern Nagaland region, the inaugural of the DC Bungalow went through rough weather as the Confederation of Chang Students Union (CCSU) under the re-direction of the Eastern Naga Students’ Federation boycotted the participation of all Eastern Naga citizens during the event.
The inaugural programme was held with Advisor NSDMA & CAWD, Kazheto Kinimi as the Guest of Honour.
Speaking on the occasion, Kinimi gave a brief background on the construction of DC bungalows in Tuensang, Phek, Kiphire and Wokha. The guest of honour also made a brief inspection of the residence.
Welcoming the invitees, the DC Tuensang, Kumar Ramnikant, IAS, highlighted on the importance of the DC bungalow as an extension of the Deputy Commissioner’s office itself.
Speaking on the occasion, the Commissioner Nagaland, Rovilatuo Mor, IAS, expressed his appreciation on the timely completion of work and extended his best wishes to the people of the district.
A brief technical report on the construction was delivered by Er. Sungtiba Amer, EE CAWD.
The programme was chaired by Kevethito Rose, EAC, Tuensang.
Sentilo Seb, Pastor TBC Tuensang pronounced the dedication prayer. (Page News Service)