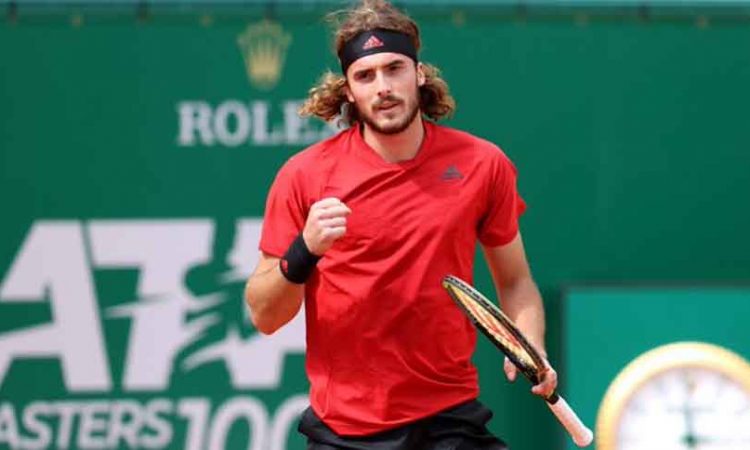 BARCELONA, April 24: Stefanos Tsitsipas, winner of his first Masters 1000 event in Monte Carlo last week, booked his place in a second successive final when he beat the Italian teenager Jannik Sinner 6-3, 6-3 on the clay in Barcelona on Saturday.
The Greek, ranked fifth in the world, will meet the winner of the second semi-final between Rafael Nadal and Pablo Carreno in Sunday’s final.
Tsitsipas could only convert one of six break points in the first set but it was enough for him to take it in 41 minutes.
He had to save two break points at 1-2 in the second before going on to break Sinner twice to seal the match.
Tsitsipas has now won nine straight matches without dropping a single set.
He leads 2-1 in his head-to-head with Sinner, with all of the meetings coming on clay. (Agencies)