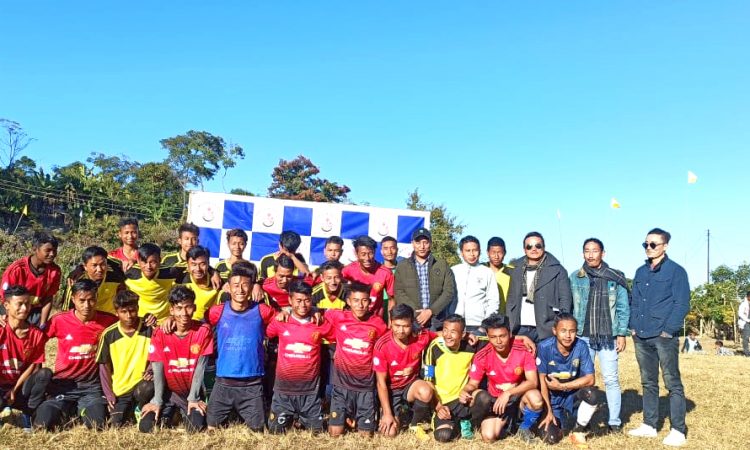 Dimapur, January 3: Tsiepama youth organization 23rd annual sports meet concluded on Saturday at the Tsiepama local ground. The sporting activities for the sports meet were volleyball and football divided into 6 clubs namely Dream Team, United Friends Club, Wolf FC, Astute Brothers, Unity Club, TYO model village, this was stated in a press release from Tsiepama Youth Organization on Sunday.
In a thrilling encounter for football final match, Astute Brothers and United Friends Club played a goalless draw during the stipulated time. However, Keneisakho Mera struck the winning goal in the extra additional time for Astute Brothers to seal the victory. He was also awarded the man of the match for the final match.
Meanwhile, in men’s volleyball final, United Friends Club ‘A’ emerged as the champions and Wolf Club ‘B’ as the runner’s up. For women’s volleyball, Thenupfüko ‘A’ beat TYO model village to take the title.
The closing ceremony was graced by Vilelheto Khro, FWA, Kuhuboto, Dimapur as guest of honour. In his speech, he reminded the sportsperson that games and sports are not only about talent but also about respect for each other.
To students, he urged them work harder in their field. “Education is a tool for self reliance,” he added.
The closing ceremony was presided by Neiketoulie Geisuo, TYO president.
(Page News Service)