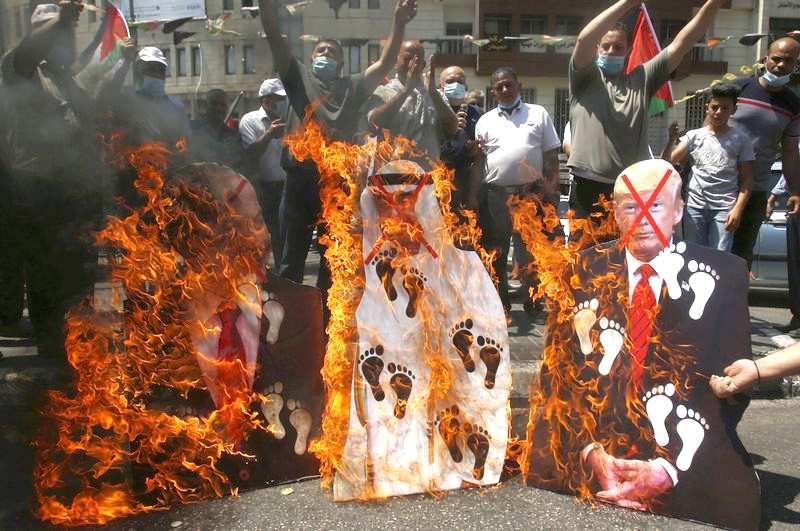 FILE - In this Aug. 14, 2020 file photo, Palestinians burn pictures of U.S. President Donald Trump, Abu Dhabi Crown Prince Mohammed bin Zayed al-Nahyan and and Israeli Prime Minister Benjamin Netanyahu during a protest against the United Arab Emirates' deal with Israel, in the West Bank city of Nablus. For the first time in more than a quarter-century, a U.S. president will host a signing ceremony, Tuesday, Aug. 15, between Israelis and Arabs at the White House, billing it as an "historic breakthrough" in a region long known for its stubborn conflicts. .(AP Photo/Majdi Mohammed, File)