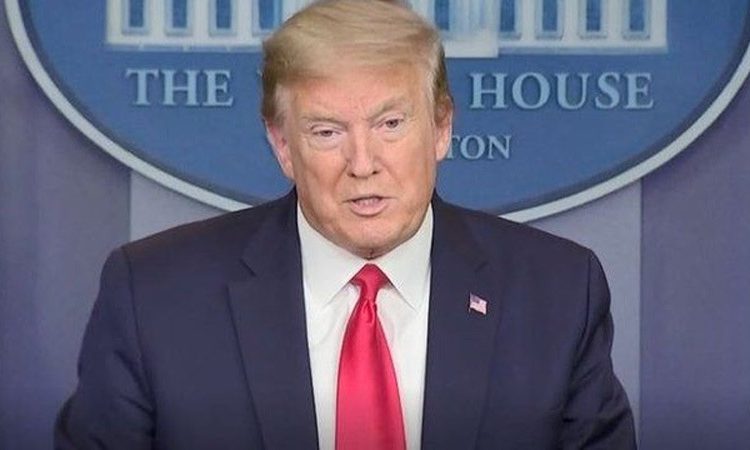 Washington, July 30: US President Donald Trump has alleged that India, China and Russia do not take care of their air, while America does, noting that he withdrew from the one-sided, energy-destroying Paris climate accord which would have made it a non-competitive nation .
Trump, in his address on energy and the Permian Basin in Midland, Texas on Wednesday, said that by imposing these punishing restrictions — and beyond restrictions the Washington radical-left, crazy Democrats would also send countless American jobs, factories, industries to China and to other foreign polluting states.
They want us to take care of our air, but China doesn’t take care of its air. In all fairness, India doesn’t take care of its air. Russia doesn’t take care of its air. But we do. Not on my watch, it’s not going to happen — I can tell you that. Because as long as I’m President, we will always put America first. It’s very simple, he said.
For years and years, we put other countries first, and we now put America first. As we have seen in cities and towns across our nation, it’s not just Texas oil that the radical Democrats want to destroy; they want to destroy our country, he said.
Such radical Democrats, he alleged, do not love the country in any way, shape or form.
There’s no respect for the American way of life. There is no way of life ever in history that’s been like the great American way of life. There is no respect, but there is by you, and there is by 95 per cent of our people. Our people love our country, and our people love our anthem and they love our flag, he said.
Trump said that under the last administration, America’s energy industry was under relentless and unceasing attack.
But the day I took the oath of office, we ended the war on American energy and we stopped the far-left assault on American energy workers, he said.
Observing that he withdrew from the one-sided, energy-destroying Paris climate accord, he said this was a disaster and cost the US billions of dollars.
The US in November last year formally notified the UN of its withdrawal from the Paris climate accord, a global agreement in which President Trump’s predecessor Barack Obama had played a key role.
Although Trump announced his decision to withdraw from the historic pact on June 1, 2017, the process began last year with the formal notification and the US will be out of the pact on November 4, 2020.
It (Paris climate accord) would have made us a non-competitive nation. We cancelled the Obama administration’s job-crushing clean power plan, he said as he listed some of the steps being taken by his administration.
For the first time in nearly 70 years, we have become a net energy exporter. And the United States is now the number one producer of oil and natural gas on the face of the Earth. To ensure we maintain this dominant position long into the future, my administration is announcing today that export authorisations for American liquefied natural gas can now be extended through the year 2050, Trump added.
India is the fourth highest emitter of carbon dioxide in the world, accounting for 7% of global emissions in 2017, according to the projection by the Global Carbon Project published in December, 2018.
The top four emitters in 2017, which covered 58% of global emissions, were China (27%), the US (15%), the European Union (10%) and India (7%), it said.