Trump offers to mediate between India & Pakistan on Kashmir issue 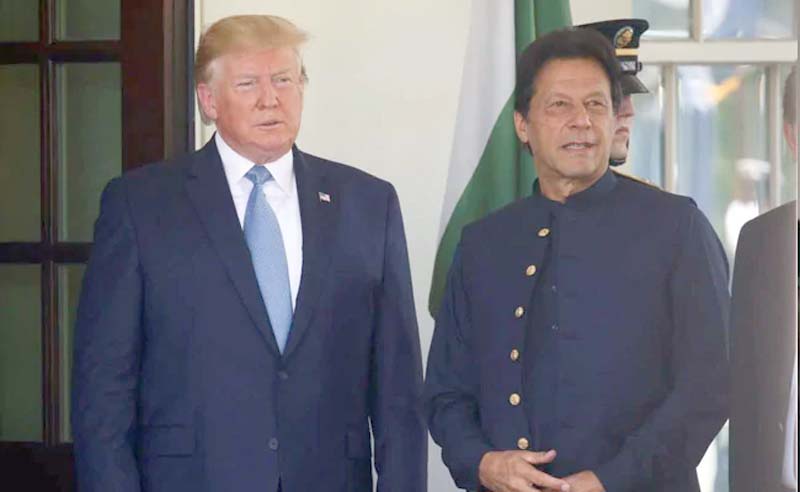 Washington, July 22: US President Donald Trump on Monday offered to mediate between India and Pakistan on the Kashmir issue as he met Prime Minister Imran Khan at the White House for the first time.
Trump said that he is ready to help, if the two countries ask.
“If I can help, I would love to be a mediator,” Trump said in his opening remarks at the Oval Office during his meeting with Khan.
Khan welcomed Trump’s remarks and said if the US agrees, prayers of more than a billion people will be with him.
India maintains that the Kashmir issue is a bilateral one and no third party has any role.
India has not been engaging with Pakistan since an attack on the Air Force base at Pathankot in January of 2016 by Pakistan-based terrorists, maintaining that talks and terror cannot go together.
Khan was accompanied by Army chief General Qamar Javed Bajwa, Inter-Services Intelligence (ISI) chief Lt Gen Faiz Hameed and Foreign Minister Shah Mehmood Qureshi among others.
Early this year, tensions flared up between India and Pakistan after a suicide bomber of Pakistan-based Jaish-e-Muhammed (JeM) killed 40 CRPF personnel in Kashmir’s Pulwama district.
Amid mounting outrage, the Indian Air Force carried out a counter-terror operation, hitting the biggest JeM training camp in Balakot, deep inside Pakistan on February 26.
The next day, Pakistan Air Force retaliated and downed a MiG-21 in an aerial combat and captured Indian pilot, who was handed over to India on March 1. (PTI)

Community transmission in Guwahati may return to normal level by August: Sarma