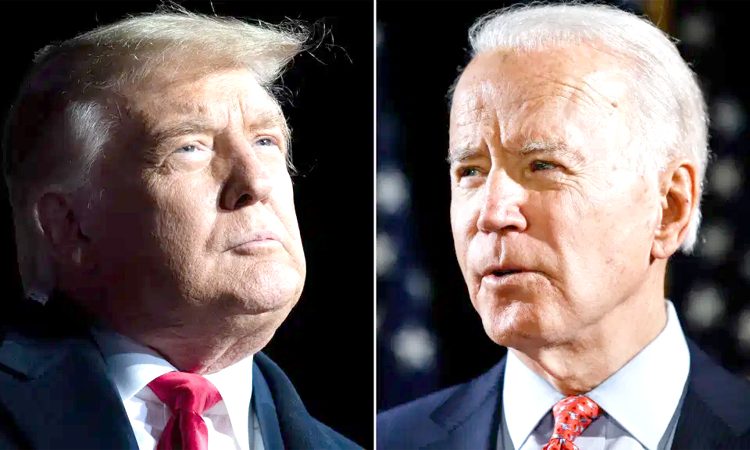 Wilmington, November 9: President Donald Trump is facing pressure to cooperate with President-elect Joe Biden’s team to ensure a smooth transfer of power when the new administration takes office in January.
The General Services Administration is tasked with formally recognising Biden as president-elect, which begins the transition.
But the agency’s Trump-appointed administrator, Emily Murphy, has not started the process and has given no guidance on when she will do so.
That lack of clarity is fueling questions about whether Trump, who has not publicly recognised Biden’s victory and has falsely claimed the election was stolen, will impede Democrats as they try to establish a government.
There is little precedent in the modern era of a president erecting such hurdles for his successor. The stakes are especially high this year because Biden will take office amid a raging pandemic, which will require a comprehensive government response.
“America’s national security and economic interests depend on the federal government signaling clearly and swiftly that the United States government will respect the will of the American people and engage in a smooth and peaceful transfer of power,” Jen Psaki, a Biden transition aide, tweeted Sunday.
The advisory board of the nonpartisan Center for Presidential Transition also urged the Trump administration to “immediately begin the post-election transition process and the Biden team to take full advantage of the resources available under the Presidential Transition Act.”
Biden, who was elected the 46th president on Saturday, is taking steps to build a government despite questions about whether Trump will offer the traditional assistance.
He is focusing first on the virus, which has already killed nearly 240,000 Americans. Biden will announce details on Monday of a task force that will create a blueprint to attempt to bring the pandemic under control that he plans to begin implementing after assuming the presidency on Jan. 20.
Biden has already named a former surgeon general, Dr Vivek Murthy, and an ex-Food and Drug Administration commissioner, David Kessler, as co-chairs.
Biden was also launching agency review teams, groups of transition staffers that have access to key agencies in the current administration.
They will collect and review information such as budgetary and staffing decisions, pending regulations aand other work in progress from current Trump administration staff at the departments to help Biden’s team prepare to transition.
But that process can’t begin in full until the GSA recognises Biden as president-elect. The definition of what constitutes a clear election winner for the GSA is legally murky, making next steps unclear, especially in the short term.
The GSA’s leadership is supposed to act independently and in a nonpartisan manner, and at least some elements of the federal government already have begun implementing transition plans.
Aviation officials, for instance, have restricted the airspace over Biden’s lakefront home in Wilmington, Delaware, while the Secret Service has begun using agents from its presidential protective detail for the president-elect and his family.
There were other signs that some leaders were preparing for a new administration. Biden aides said the president-elect and transition team had been in touch with Republican lawmakers. Israel’s prime minister, Benjamin Netanyahu, one of Trump’s closest allies, opened a Cabinet meeting on Sunday by congratulating Biden, a former vice president and longtime senator.
“I have a long and warm personal connection with Joe Biden for nearly 40 years, and I know him as a great friend of the state of Israel,” Netanyahu said.
George W Bush, the only living Republican former president, called Biden “a good man, who has won his opportunity to lead and unify our country.” But other Republicans, including Sen. Lindsey Graham of South Carolina, urged Trump to continue pursuing legal challenges related to the election, making a bumpy transition more likely.
Biden started his first full day as president-elect on Sunday by attending church at St. Joseph on the Brandywine near his home in Wilmington, as he does nearly every week. After the service, he visited the church cemetery where several family members have been laid to rest, including his son Beau.
He otherwise spent most of the day inside his home while some of his staff spent hours on a conference call focused on transition planning.
Those plans also may hinge on two Senate races in Georgia that have advanced to a Jan. 5 runoff. If Republicans hold those seats, they’ll likely retain the Senate majority and be in a position to slow confirmation of Biden’s top Cabinet choices and complicate his legislative goals, including sweeping calls for expanding access to health care and bolstering the post-pandemic economy with green jobs and infrastructure designed to combat climate change. (AP)