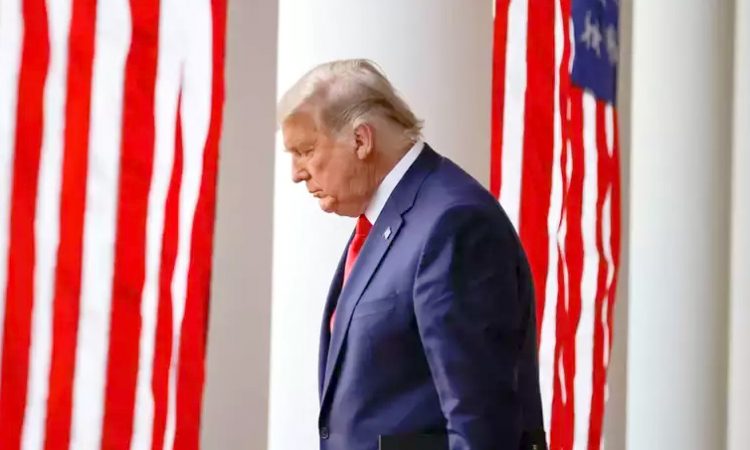 WASHINGTON, November 15: “He won because the Election was Rigged,” defeated President Donald Trump conceded on Sunday in the first acknowledgment, albeit qualified, that he has lost the US Presidential election and may be reconciling to leaving the White House. Hours later, after the hashtag #TrumpConceded began to trend, he defiantly tweeted: “He (Biden) only won in the eyes of the FAKE NEWS MEDIA. I concede NOTHING! We have a long way to go. This was a RIGGED ELECTION!”
Trump’s conflicting responses amid global recognition that Democratic candidate Joe Biden won the election and is now President-elect surfaced even as Washington DC was rocked by bloody violence in clashes between Trump’s MAGA supporters, who rallied in the capital in support of the President’s view that the election was “stolen,” and Antifa activists who believe it is Trump who is trying to subvert the mandate of the people.
A series of tweets in which the President accused Antifa of instigating violence while glorifying retaliation led to demands that his account be deactivated by Twitter, which continued to flag many of his tweets for lies, misrepresentation, and fraudulent claims.
Both sides – Trump’s MAGA flock and Antifa activists – posted videos to show the other side triggered the violence. But the US President, instead of condemning the clashes outright without regard to affiliation and calling for peace, tweeted, “ANTIFA SCUM ran for the hills today when they tried attacking the people at the Trump Rally, because those people aggressively fought back. Antifa waited until tonight, when 99% were gone, to attack innocent #MAGA People. DC Police, get going — do your job and don’t hold back!!!”
Videos showed “MAGA People” were far from innocent, with some clips showing some of them instigating violence. Aside from being maskless at time of resurgent Covid, several appeared to belong to the extremist group Proud Boys — classified as a hate group by FBI but who Trump believes are patriots. Dubbed the “MillionMAGAMarch” (and derided by counter protestors as “MillionMoronMarch), the rally drew an estimated 10,000 to 20,000 people.
“Hundreds of thousands of people showing their support in DC. They will not stand for a Rigged and Corrupt Election!” Trump exulted about the rally, before himself sizing it down and complaining, “The Fake News Media hardly even discussed the tens of thousands of people that came to DC. Formed organically, and in many parts of the Country!”
He drove past the rally without stopping on his way to play golf.
Trump also continued to allege the election was rigged despite serially losing cases in courts, law firms representing his campaign bailing out in embarrassment, and even Republican officials in battleground states admitting he lost and is disputing acknowledging that there was no sign of widespread fraud that could overturn the results showing Biden has won.
“NO VOTE WATCHERS OR OBSERVERS allowed, vote tabulated by a Radical Left privately owned company, Dominion, with a bad reputation & bum equipment that couldn’t even qualify for Texas (which I won by a lot!), the Fake & Silent Media, & more!” Trump tweeted in barrage of claims flagged by Twitter for misrepresentation.
“There is tremendous evidence of widespread voter fraud in that there is irrefutable proof that our Republican poll watchers and observers were not allowed to be present in poll counting rooms. Michigan, Pennsylvania, Georgia and others. Unconstitutional!” he said in another tweet, even though his team was unable to produce any compelling evidence or proof and courts threw out several cases.
There is now growing concern that the violence in the US Capital implicitly condoned by Trump could ignite bigger clashes as he continues to dig in regardless of the consequences. In a startling description of Trump’s tactics, the German magazine Der Spiegel’s cover showed Trump igniting the country under the headline Der Feuerteufel (The Fire Devil) with a subheading that read “Ein Präsident setzt sein Land in Brand” — “A president sets fire to his country. (TNN)