HomeWorldTrump a ‘menace’, must be removed from office: US media
World
3 weeks agoJanuary 7, 2021menaceofficeTrumpUS media 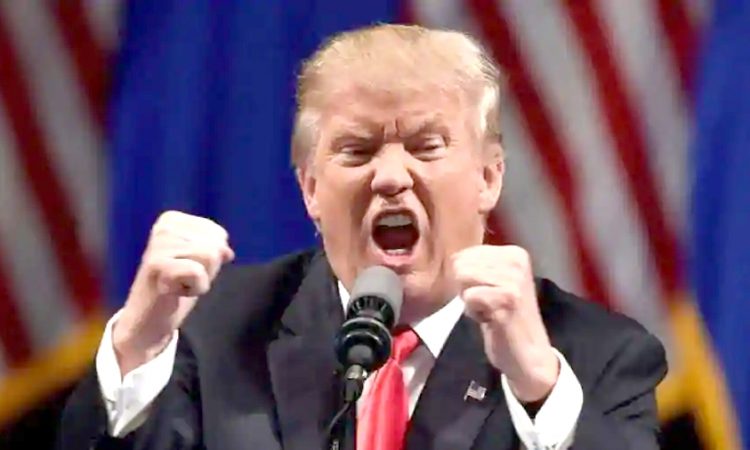 NEW YORK, JANUARY 7: The US media tore into ‘menace’ Donald Trump, demanding that he be held accountable through impeachment proceedings or criminal prosecution and removed from office, as they asserted that his “seditious rhetoric” incited the violent attack on the Capitol.
Thousands of Trump supporters stormed into the US Capitol on Wednesday, clashing with the police and resulting in the deaths of at least 4 persons, as they interrupted a constitutional process to affirm President-elect Joe Biden’s victory in the election.
In an editorial titled ‘Trump is to blame for Capitol attack’, The New York Times said, “President Trump and his Republican enablers in Congress incited a violent attack Wednesday against the Government they lead and the nation they profess to love. This cannot be allowed to stand.”
The NYT editorial said Trump’s “seditious rhetoric” caused a mob of thousands of people to storm the US Capitol building, some breaking onto the House and Senate floors, where the nation’s elected representatives had gathered to perform their constitutional duty of counting electoral votes and confirming the election of Joe Biden as President.
“The President needs to be held accountable through impeachment proceedings or criminal prosecution and the same goes for his supporters who carried out the violence. In time, there should be an investigation of the failure of the Capitol Police to prepare for an attack that was announced and planned in public,” the editorial said.
“This is not just an attack on the results of the 2020 election. It is a precedent a permission slip for similar opposition to the outcomes of future elections. It must be clearly rejected, and placed beyond the pale of permissible conduct. The leaders of the Republican Party also bear a measure of responsibility for the attack on the Capitol,” it added.
In a similar editorial titled ‘Trump caused the assault on the Capitol. He must be removed’, The Washington Post said that his “refusal to accept his election defeat and his relentless incitement of his supporters led Wednesday to the unthinkable: an assault on the US Capitol by a violent mob that overwhelmed police and drove Congress from its chambers as it was debating the counting of electoral votes”.
“Responsibility for this act of sedition lies squarely with the President, who has shown that his continued tenure in office poses a grave threat to US democracy. He should be removed,” it said.

Trump is “unfit” to remain in office for the next 14 days, when on January 20 President-elect Joe Biden will be sworn-in as the next leader of America, it said, adding “Every second he retains the vast powers of the presidency is a threat to public order and national security” .
“Vice President Mike Pence, who had to be whisked off the Senate floor for his own protection, should immediately gather the Cabinet to invoke the 25th Amendment, declaring that Trump is “unable to discharge the powers and duties of his office,” it said.
The Congress, which would be required to ratify the action if Trump resisted, should do so and Pence should serve until President-elect Joe Biden is inaugurated on January 20.
“Americans put on their seat belts, follow traffic laws, pay taxes and vote because of faith in a system and that faith makes it work. The highest voice in the land incited people to break that faith, not just in tweets, but by inciting them to action. Trump is a menace, and as long as he remains in the White House, the country will be in danger,” the editorial said.
The NYT editorial said January 6, 2021, will go down as a “dark day”.
“The question is whether, even as Trump’s time in office ends, America is at the beginning of a descent into an even darker and more divided epoch or the end of one. The danger is real, but the answer is not foreordained”, it said.
(Agencies)