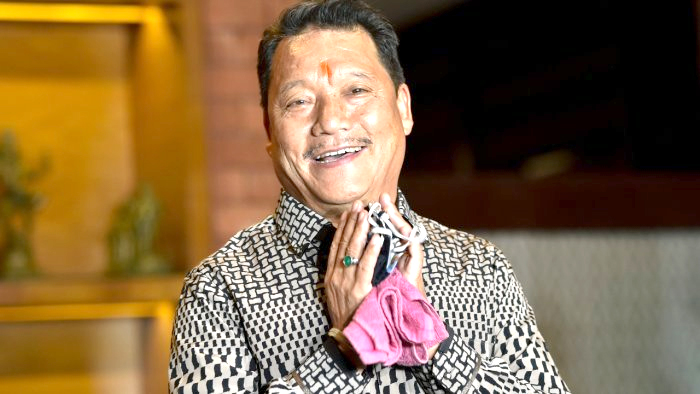 SILIGURI/ALIPURDUAR/JALPAIGURI, OCTOBER 29: Gorkha Janmukti Morcha leader Bimal Gurung’s decision to sever ties with the BJP and extend support to Mamata Banerjee has rekindled hopes among a section of Trinamul Congress leaders in north Bengal, who believe a majority of Gorkhas will support the ruling party and help its turnaround.
According to Trinamul insiders, the organisational support extended by Gurung had helped the BJP win thrice the Darjeeling Parliament seat.
“Even in 2019, when the Binay Tamang faction of the Morcha had backed our party, the BJP had managed to win the seat. Gurung’s recent decision has, however, changed the political landscape. We feel Trinamul can get more support in the hills as both the factions of the Morcha, the strongest political forces here, are with us,” said a Trinamul insider.
He added that Gurung’s assertion that he was miffed with the BJP, which had time and again promised to look into the demand of separate statehood to secure support of the hill population, would impact the saffron party’s support base.
While extending support to the Chief Minister and her party, Gurung had also mentioned that in the 2024 Parliament polls, he would support the party that would meet the principal demand of Gorkhaland.
“Through this statement, we believe, he has tried to send a message to Gorkhas that the BJP has failed to meet their aspirations. It is evident that his remarks would also have an impact on his supporters, many of whom are already disenchanted with the BJP. This can also turn things in our favour as our party or the state Government has never made any false promises to the hill people like the BJP,” the Trinamul leader said.
Some Trinamul leaders in the Dooars think Gurung dumping the BJP would work to Trinamul’s advantage.
Delivering on the expectations of the Trinamul leadership, however, would not be easy for Gurung, as he has to re-establish himself in the hills, where he had been missing for over 3 years.
This is because after asserting that he would support Trinamul, protests have been witnessed in different corners of the hills, particularly by the Binay Tamang faction of the Morcha.
“Gurung’s decision to ally with Trinamul has also drawn ridicule from a section of the hill population…So, one should not expect that he can produce a miracle,” said a political observer.
The fact that the road ahead for Gurung is not simple became clear again on Wednesday as local people held protests and shouted slogans against him.
“Trinamul’s hopes can only be fulfilled if Bimal Gurung manages to regain his support. It is going to be a tall order as he will have to reach out to people,” the observer said. (Courtesy: TT)