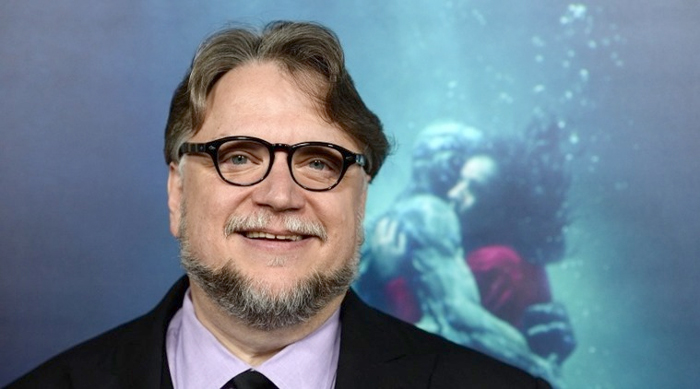 Oscar-winning director Guillermo Del Toro says he wanted to set the film adaptation of Scary Stories to Tell in the Dark in the late 1960s as it was a time period when the USA was engaged in a war the country did not understand.
The filmmaker, who is attached as a producer and writer to the horror film, said he wanted to develop the story right from scratch.
“When CBS Films approached me about doing this movie, I was really excited. They’d done two screenplays before, but I said, ‘Let’s start from scratch’. I have this idea that’s very relevant to today. It’s an interesting way to see how stories shape who we are; about how once you release a story, you can’t get it back.
“Stories are like toothpaste: once it’s out, you can’t put it back in. We tried to set it in a relevant time. A time in which lies, or stories, were being told to the USA and we were engaged in a war we didn’t understand. That’s why we chose 1968 – 1969 as a perfect period to set the story,” Del Toro told SFX magazine.
The filmmaker also said with 1960s as the backdrop, he and director Andre Ovredal got an opportunity to play with the horror elements of the plot.
“I think there’s a huge amount of people telling stories about right now. But I think there’s beauty in holding an oblique mirror. What were the conditions like back in 1969? Very different, so instead of cellphones, we give them walkie-talkies. They can still communicate, but they can’t Google and they can’t call 911 from the street.
“But the dynamics that we’re portraying in the movie are very much right now. It’s about the destructive power of gossip and the fact that gossip can wreck a life very casually,” Del Toro added.
The movie follows a group of young teens who must solve the mystery surrounding sudden and macabre deaths in their small town.
The film, based on Alvin Schwartz’s internationally best-selling book series, will be co-financed by CBS Films and Entertainment One.