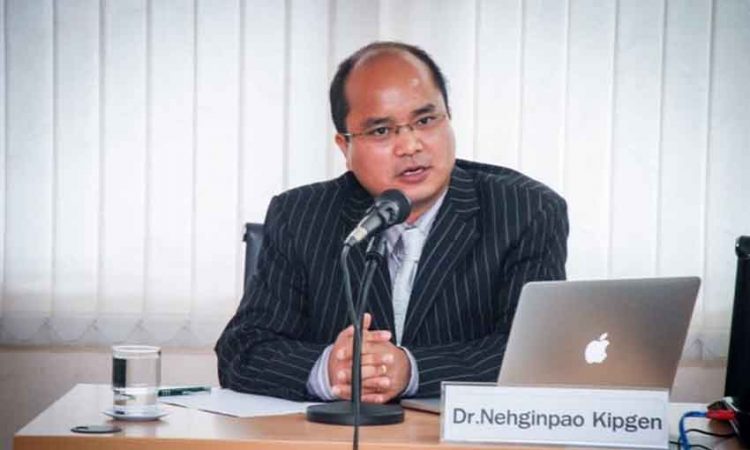 Imphal, May 7: A tribal body in Manipur opposed the burial of academician Nehginpao Kipgen who died of COVID- 19, stating that he was not “indigenous” to the state.

Nehginpao, 46, headed the Centre of South East Asian Studies at OP Jindal University in Hyderabad. He died on May 2 at AIIMS-Delhi while undergoing treatment for COVID-19.
In a statement, the United Naga Council (UNC) demanded the “legal ground” for the burial of Nehginpao at Kangpokpi.
It said that the “burial of a foreigner” will set a bad precedent, while also questioning how he got Indian citizenship.
Even though Nehginpao was born at Teijang village in Myanmar, he grew up in Manipur, the Thadou Students’ Association argued.
His wife is from Churachandpur and his relatives are from Kangpokpi. He did his schooling in Manipur, and taught in different parts of India, it said.
Nehginpao is of the Kuki community.
The Thadous are part of the Kuki-Chin community, which is settled in this area for nearly two centuries even as kinsmen are still found in Myanmar that borders the state.

The Kangpokpi district administration had allowed the vehicle carrying Nehginpao’s body to stop for 30 minutes for people to pay homage before it was laid to rest at the Leikot area of the district on May 5. (PTI)