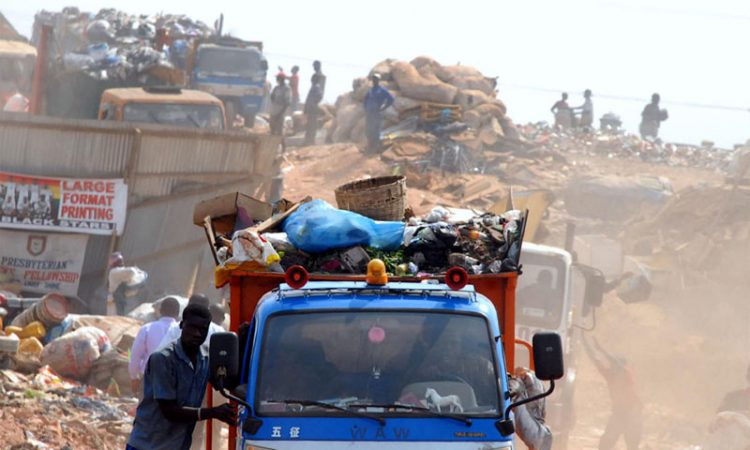 NEW DELHI, November 10: Tightening the noose around the menace of transporting construction materials, municipal waste and any other loose items in open trucks, the government has made this an offence under the motor vehicles law. The new norm, which has come into effect from November 2, will strengthen the enforcement of guidelines notified by the environment ministry earlier this year to mitigate construction and demolition dust.
The road transport ministry has added a new condition to the Central Motor Vehicle Rules (CMVR) saying, “All goods carriage vehicles shall carry goods in a closed body of the vehicle or container…If it is necessary to carry goods in open bodies, goods shall be covered by using appropriate cover like tarpaulin or any other suitable material.”
A ministry official said no specific norm in the CMVR was a cause of nuisance so far as vehicles carrying construction material or garbage without covers. “Now traffic police and transport department personnel can take action against the violators. The new norm has become applicable from November 2,” he added.
The government has also made it mandatory for all goods carrying vehicles to affixed reflective tapes at front and rear for their easy detection at night to avoid collision with other vehicles.
The government has also done away with the mandatory requirement of two drivers for trucks, which has been welcomed by truck operators, though questions are being raised whether this move would hamper the risk on roads. The provision of two drivers was brought in for long-haul National Permit trucks to address the driving fatigue issue.
In yet another relief to the truck operators, the new norms has rationalised the fitness test norms. As per the modified rules, no new vehicle need to undergo fitness test during registration. Vehicle that are more than two-year-old will need to undergo the fitness test every alternate year till eight years and the fitness test will be undertaken annually for vehicles that are older than eight years.
Till now, renewal of fitness was an annual affair.
However, Central government officials said the regulatory norms of annual fitness certificates and two-driver norm had become a major source of corruption for local personnel of transport departments. “Rationalising fitness and double driver would reduce corruption in road transport sector by at least Rs 5,000 to Rs 6,000 crore,” a source said. (TNN)