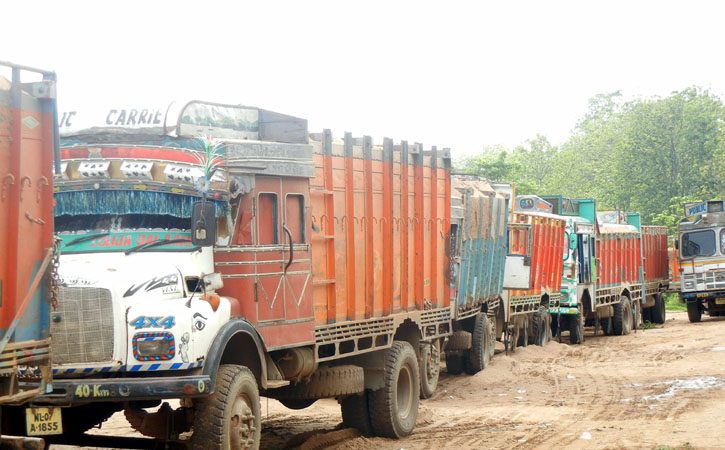 DIMAPUR, SEPTEMBER 24: Against the backdrop of the killing of truck driver Jiten Gogoi by unidentified gunmen on September 22 at Dimapur, five transport unions have served a 3-day ultimatum to the Government of Nagaland demanding compensation for the victim’s family as well as safety for transporters.
The ultimatum threatened to stop all trucks from entering Dimapur and to declare complete chakka jam indefinitely if their demands are not met.
The 5 unions are Dimapur District Truck Owners Association, Dimapur Truck Drivers’ Union, Dimapur District Truck Drivers’ Welfare Trade Union, Lahorijan & Khatkati Truckers Welfare Society and Bokajan Truck Owners Association.
Condemning the shooting to death of the truck driver on September 22, the ultimatum demanded the State Government to immediately give compensation to the victim’s family, as he was the sole bread earner of the family.
The ultimatum said the present situation has created fear among drivers and they are not willing to enter Dimapur until their safety and protection are fully assured.
The 5 unions also demanded the Government to end the lease system of the Dimapur Municipal Council (DMC), claiming that the lease system is the root cause of all problems. “The lease system is the root cause of these entire problems as the leasees are actively involved in passing details of goods vehicle to all the miscreants,” it alleged.
“The internal conflict of taxation among the so-called transporters/brokers based in Dimapur has created a fear psychology of the truckers, as these transporters insist the truckers to different UG’s group and they don’t allow the truckers to be provided with police escort while entering Dimapur,” it further alleged.
Demanding the Government to resolve the problems highlighted within 3 days, the 5 unions warned that they will be forced to stop all trucks entering Dimapur and to declare complete chakka jam indefinitely.
(Page News Service)