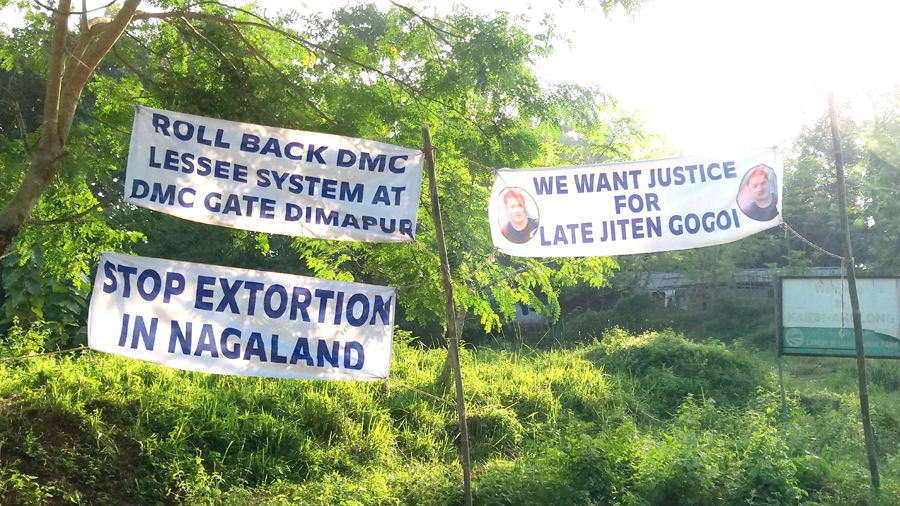 DIMAPUR, SEPTEMBER 29: Transporters and transport unions/associations of Dimapur and Karbi Anglong today launched an indefinite economic blockade, restricting entry of trucks and transport vehicles to Dimapur, in protest against illegal collections at the check gates, besides non-fulfilment of their demand for providing compensation to truck driver Jiten Gogoi’s family, who was killed on September 22 last in Dimapur.
Volunteers of the transport unions/association set up camps on the Assam side of the border and stopped all trucks and transport vehicles from proceeding further to Dimapur. The volunteers also put up banners, which read, “Stop Extortion in Nagaland”, “Stop illegal multiple taxation system in Nagaland”, “Roll back DMC lessee system at DMC Gate Dimapur,” “We want justice for late Jiten Gogoi”, etc. The volunteers also pasted posters on all transport vehicles plying within Karbi Anglong.
However, early Tuesday morning, Dimapur police escorted more than 20 vehicles from Dillai Check Gate to Dimapur town.
Later, the truckers refused to take police escort to come to Dimapur and parked their vehicles in Lahorijan and Khatkhati areas.
More than 200 transport vehicles including more than 100 LPG bullet trucks and oil tankers were stranded at different locations in Lahorijan and Khatkhati. 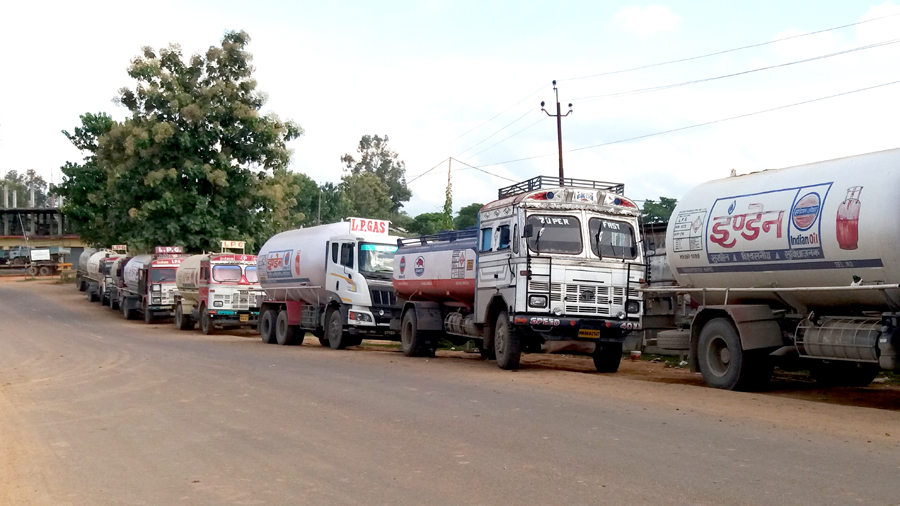 Talking to Nagaland Page, an LPG truck driver said that usually 120-130 oil tankers and LPG bullet trucks pass through Nagaland Gate but today since there has been an economic blockade, they have decided to stay back at Khatkhati.
Goods laden trucks were stranded at different locations in Lahorijan.
It may be mentioned that 5 transport unions/associations ~ Dimapur District Truck Owners Association, Dimapur Truck Drivers Union, Dimapur District Truck Drivers Welfare Trade Union, Lahorijan & Khatkhati Truckers Welfare Society and Bokajan Truck Owners Association ~ had given a 3-day ultimatum to the Nagaland Government demanding compensation to the deceased truck driver Jiten Gogoi’s family, as well as safety of transporters.
Briefing media persons at the Lahorijan office of the truckers’ welfare society, the members disclosed that illegal collection from truckers and transport vehicles at Nagaland Gate is not fixed and truckers are always harassed while entering Nagaland.
The members said that 5 different unions of Dimapur and Karbi Anglong launched the economic blockade demanding justice for Jiten Gogoi, who was killed at Dimapur. The unions are demanding compensation to the victim’s family by the Nagaland Government.
The members further said that illegal taxation ranges from minimum Rs 3000 to Rs 6000 per trip but the amount collected also depends on the goods being carried in the vehicle. Besides, there is a yearly tax of Rs 1500 demanded by different factions in Nagaland, they said.
They also said that police have assured to provide protection to the truckers but they received threats from different elements, who demand tax. “When our vehicles go with police protection, we don’t have to pay any tax but when there is no police protection, our drivers are stopped and money is demanded from them,” a member of the Truckers Union said, while also disclosing that a Manager of a transport company was also abducted by anti-social elements.
The Dimapur Police has, so far, not arrested anybody in regards to the killing of truck driver, Jiten Gogoi. 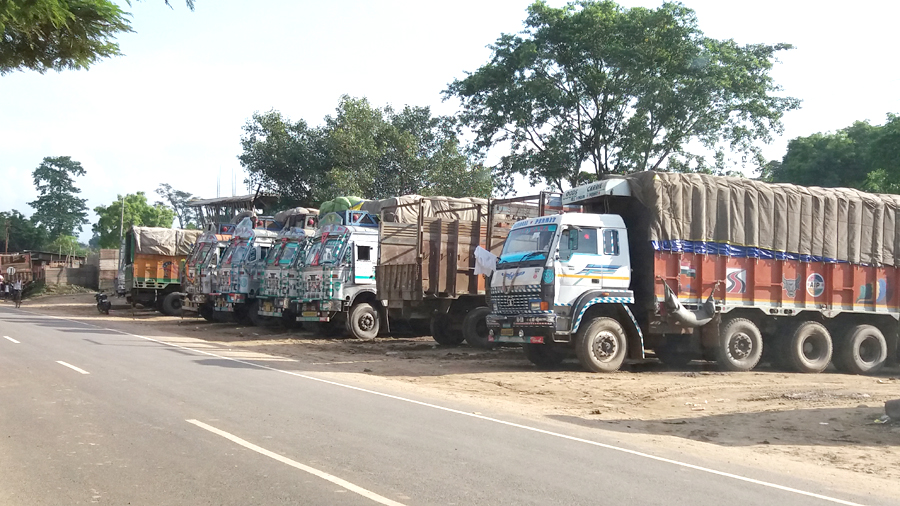