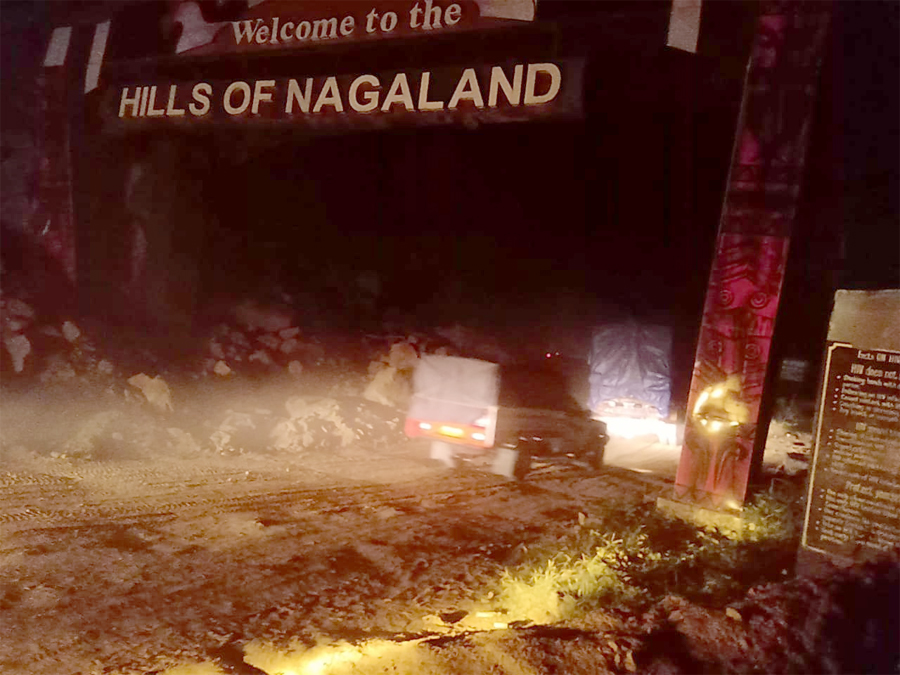 Dimapur, September 7: The traffic on the National Highway 29 was halted this evening for nearly two hours due to rockslide at the Welcome Gate near Patkai Bridge, Chumoukedima. However the road was cleared and traffic was normal by 8 p.m.
As soon as the rocks fell on the road, vehicles on both sides were stranded till the debris was cleared.
Talking to Nagaland Page, Dimapur Police PRO T Relo Aye said due to rockslide around 5:30 p.m. the movement of traffic came to an abrupt halt for nearly two hours but as of now around 8 p.m., the boulders were removed and passage for the flow of vehicles were made.
There is a free flow of vehicles to and fro and the road is clear, he maintained, when queried on the movement of traffic. (Page News Service)