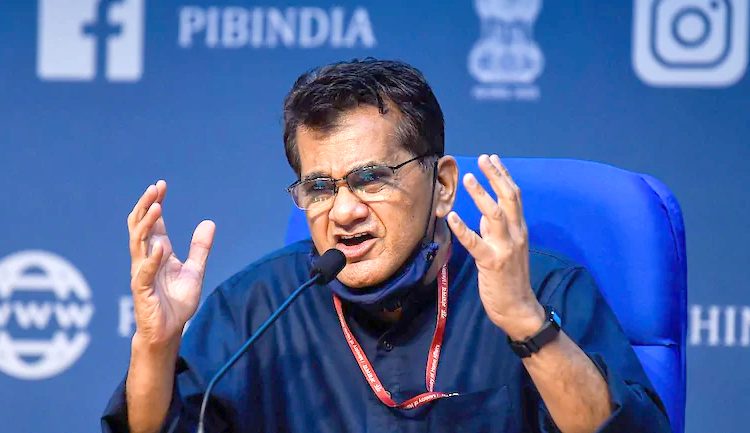 New Delhi, December 8: Tough reforms are difficult in India’s democratic set-up without political determination and strong administrative will, Niti Aayog CEO Amitabh Kant said on Tuesday, adding that the current government has shown the courage and determination to carry out hard-headed reforms across sectors.
“Tough reforms are very difficult in the Indian context. We are too much of a democracy. For the first time, the government has had the courage and determination to carry out hard-headed reforms across sectors,” said Kant. “Mining, coal, agriculture, labour, these are very difficult reforms. The easier reforms were done away with. You needed a huge amount of political determination and administrative will to carry out these reforms that are being done,” he added.
Kant said that many more reforms were needed – across logistics and power, for example. “But this government has at least demonstrated its political will to do hard-headed reforms and we need to see them through to become a manufacturing nation. It’s not easy to compete with China,” he said.
“It requires a very hard-headed ground-level approach which is being attempted for the first time in India,” he said at the webinar titled “Strategic Enablers and Policy Ecosystem for Atmanirbhar Bharat” organised by Swarajya in association with Vedanta Resources Limited.
Kant also spoke about the emphasis of the government’s new Production Linked Incentive scheme for manufacturing being focused on creating a few “champions” as he termed them in specific sectors rather than trying to do too much by looking at all kinds of companies across sectors.
Kant said that the agriculture sector needed to be reformed, and argued that the mandis, or government controlled market yards, were not being done away with. “The mandis will be there and the MSP will be there. But the farmer will get alternative choices…I am a great believer that the farmer must get a choice.” (Courtesy: HT)