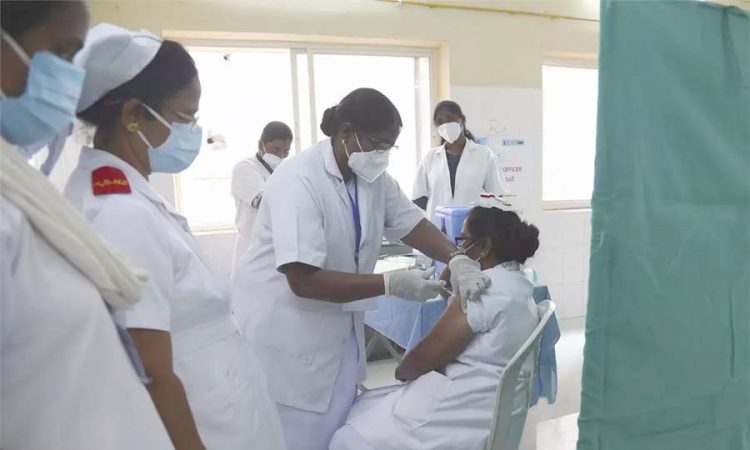 New Delhi, January 19: In total 6.31 lakh healthcare workers have received COVID-19 vaccine jabs through 11,660 sessions held till the evening of the fourth day of the immunisation drive, according to a provisional report of the Union Health Ministry on Tuesday.
On Tuesday, 1,77,368 beneficiaries were vaccinated till 6 pm through 3,800 sessions, it said, adding the final report for the day will be complied by late in the night.
Only 9 cases of adverse event following immunization (AEFI) have required hospitalisation, the ministry said on Tuesday.
In Delhi, three AEFI cases have been discharged and one is under observation at Rajiv Gandhi Hospital. In Uttarakhand, one AEFI case has been discharged, it said.
In Karnataka, one person was discharged and another stable but kept under observation at Chitradurga district hospital. In Chhattisgarh too one person was discharged. In Rajasthan, one case of suspected anaphylaxis was stated to be fine and under observation at Bangar district hospital.
Asserting that the countrywide COVID-19 vaccination programme was conducted successfully on the fourth day as well, the ministry said the the total number of beneficiaries who have been vaccinated till 6 pm include 42,085 in Bihar, 7,418 in Assam, 80,686 in Karnataka and 23,855 in Kerala.
In Madhya Pradesh 18,174 people have received the vaccine, Tamil Nadu 25,251, Gujarat 17,581, Telangana 69,405, Uttar Pradesh 22,644, West Bengal 42,093 and Delhi 12,441, according to the provisional report. (PTI)