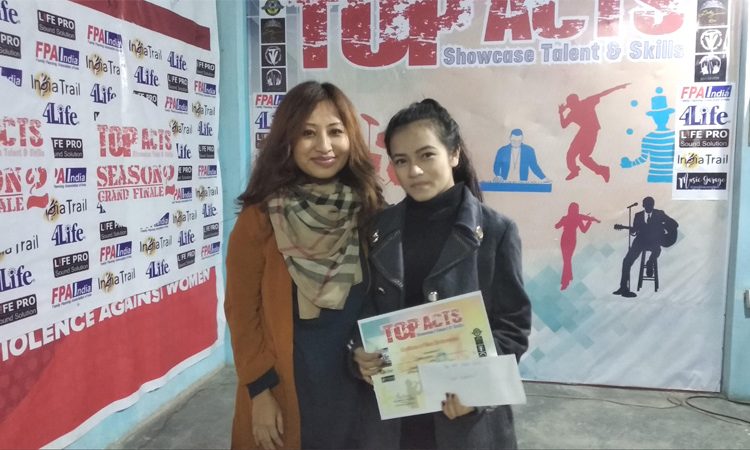 Top Acts Season 3 October Edition was held at Muskan Youth Centre, Kohima on October 26 under the theme “Suicide Prevention” with guest speaker Themmungla R. Longkumer, clinical psychologist, State Mental Health Institute, Kohima and guest artist Vito Awomi, winner of August Rush 2019.
Themmungla R. Longkumer in her remarks stated that suicide is something our society does not talk about and in every 40 seconds someone loses their life to suicide.
She mentioned that suicide is a desperate attempt to escape from suffering that has become unbearable blinded by feelings of hopelessness and isolation and it is the second leading cause of death among people between the ages of 15 to 29 years old.
She stated that human brains become fully developed after the age of 25 years, and therefore young people need to be around adults and referred to Muskan Youth Centre a platform to the young artist where can seek help of the counselors. She also encouraged the young participants and audience to have or identify a mentor and make their lives accountable to their mentors.
The program was enthralled with competitive performances from different talents and genre of art. Dz?vingunuo Kelio was named the best performer of October Edition.
Top Acts Season 3 November Edition will be held on 23rd November, 2019.