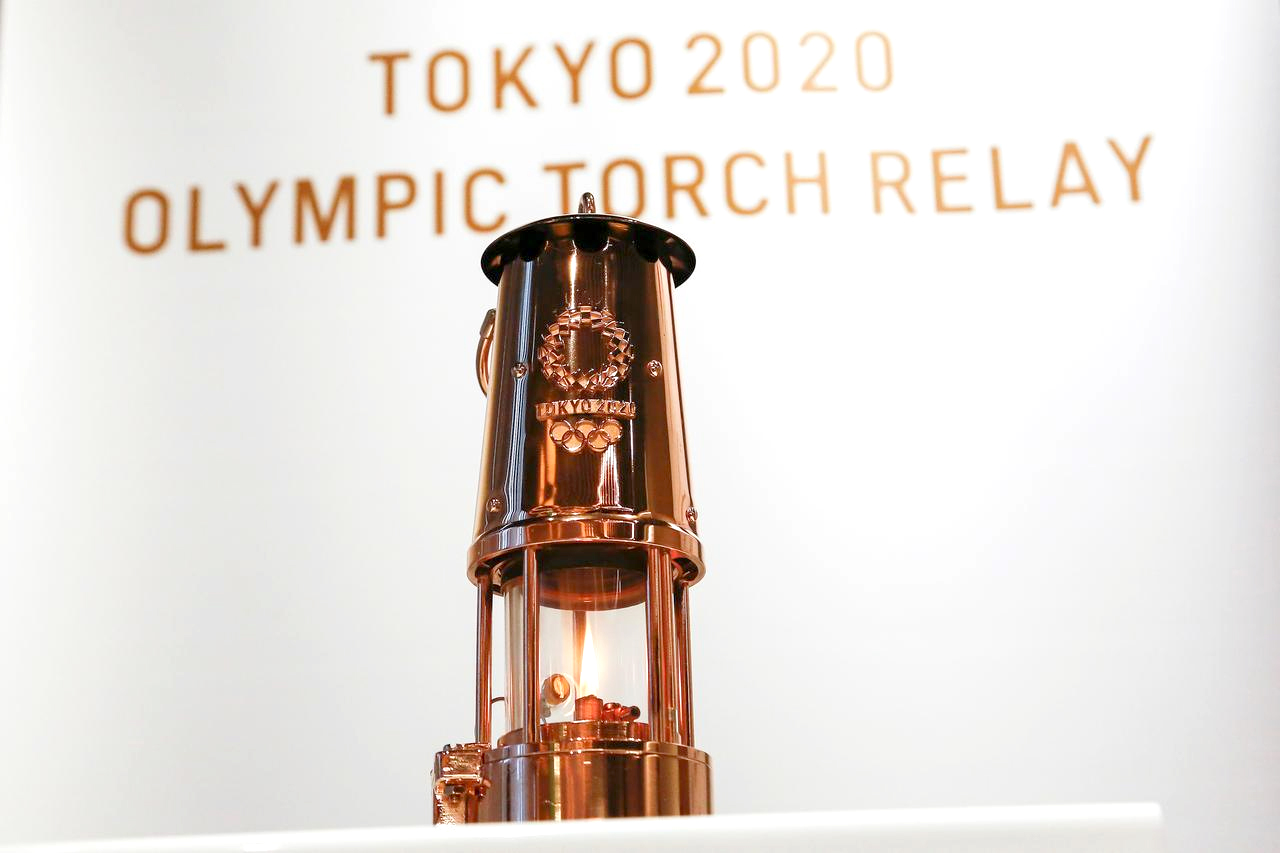 The Olympic Flame in lantern is seen on display at Japan Olympic Museum in Tokyo, Japan August 31, 2020.

TOKYO, August 31: At a low-key ceremony to mark the unveiling of the Olympic flame display on Monday, Tokyo officials reiterated that next year’s Games will be a symbol of hope for the world as it recovers from the coronavirus pandemic.
The flame will be on show from Tuesday at the Japanese Olympic Museum, located next to the National Stadium purpose-built for the Games which were due to take place this year but were rescheduled for 2021 due to the COVID-19 outbreak.
The flame was last seen in Fukushima after the torch relay was cancelled following its arrival from Greece but before it could start a planned tour of Japan following the decision to postpone the Games in March.
Organisers have chosen to display the flame at the JOC museum, held in a small lantern in the corner of the lobby.
“Next year, this flame will be carried by about 10,000 torchbearers and will light the Olympic cauldron,” Tokyo 2020 President Yoshiro Mori said.
“We would like to make efforts towards this so that we can ensure a great success of the Games.”
Organisers have not announced details of the torch relay. The original 121-day plan had the torch travelling to all of Japan’s 47 prefectures.
“I suppose athletes aiming to participate in Olympics and Paralympics are training hard every day while having great anxiety (due to coronavirus),” said Japanese Olympic Committee President Yasuhiro Yamashita who received the flame from Mori.
“I am confident that this flame, which is displayed today, will be moral support for such athletes.”
To limit crowds gathering to view the flame, there will be a reservation system with a designated date and time.
The flame will be on display from Sept. 1-Nov. 1. The Games are due to start on July 23, 2021. (Reuters)