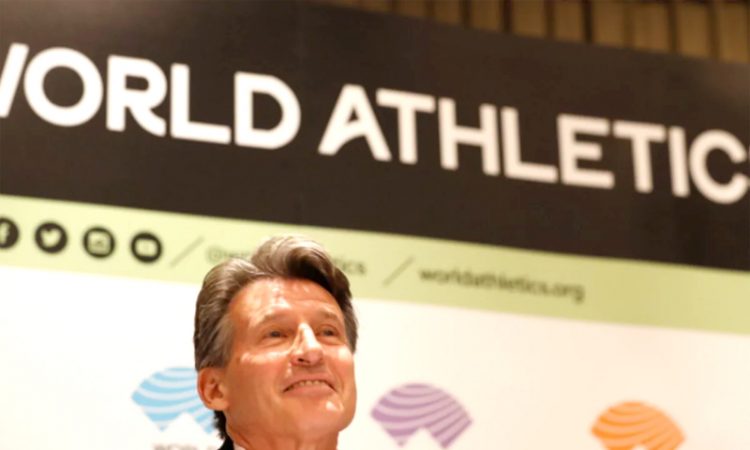 GURUGRAM, November 1: World Athletics President Sebastian Coe on Sunday said the Tokyo Olympics organisers have a “cast-iron determination” to stage the postponed Games next year despite the uncertainty caused by the COVID-19 pandemic.
Coe, who was recently made a member of the International Olympic Committee, visited Tokyo last month and met several top-ranking officials there, including the organising committee chief Yoshiro Mori and the sports and Olympics ministers in the Japanese government.
“The future is uncertain but let me give you a slightly more optimistic message. I recently visited Tokyo and met top officials there including ministers in the government. There I can see a cast-iron determination to stage the Games,” Coe said.
He was addressing the Annual General Body Meeting of the Athletics Federation of India virtually.
“The Games may be different, there will probably be adaptations, they will probably demand more from your teams that we have not seen in any
Olympic Games before.
“But please reassure your athletes as they enter the preparation phase that there is a strong determination (among officials in Japan) to stage the
Olympic Games.”
The Tokyo Olympics were to be held from July 24 to August 9 this year but were postponed to next summer due to the pandemic.
Coe, who was the first president of any top international federation to visit the Olympic stadium, said he left Tokyo “comforted” by what he saw in the Japanese capital.
The 64-year-old double Olympic gold medallist in 1500m claimed that no other sport at the international level has done so much for the athletes and been so active with several competitions being staged despite the global pandemic.
“Our sport has faced challenges during these traumatic months. We have taken many brave decisions, we have kept the athletes at the centre of all our efforts, held competitions, worked for sponsorships, for media, television and social media related activities.
“No other sport at the global level has done so much as we had done to maintain our presence during these difficult times which we have never
faced during our career as athletes or as administrator.”
He cited as example the World Athletics Half Marathon Championships last month in Poland where the women’s world record was broken by Kenyan Peres Jepchirchir as one of the high points of this year.
“Besides the world record in women’s event, it was the only world championships where 10 men recorded under 1 hour timings.
“There was also a 10,000m world record (by Joshua Cheptegei), the continental tour events, the innovative garden challenges via iphones, the
Inspiration Games, all these have kept athletics at the forefront of global sport.
“We are also learning new things and we may have to take these to next year but I am hoping that it (the situation) is not so bad (next year).”
Coe also praised AFI for organising many activities online for the benefit of the athletes and officials in India, in the South Asian region and in Asia.
“I have lost count of how many times I have joined you online. The AFI is doing a fantastic job which is keeping the athletes in the front and centre.
Your activities are also benefiting others in the South Asian region and beyond.” (PTI)