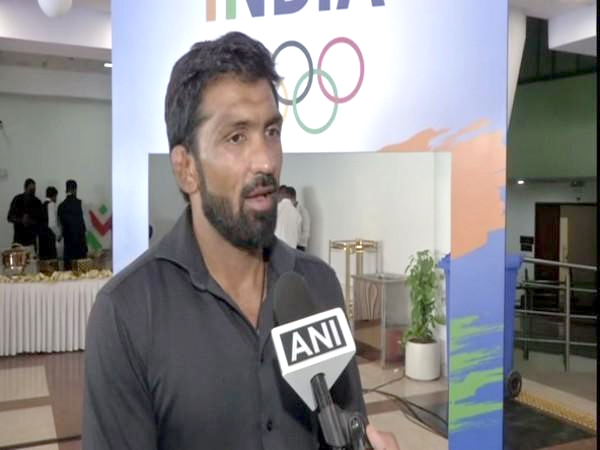 NEW DELHI, July 23: Former India grappler Yogeshwar Dutt on Friday said he is confident of the Indian contingent coming back with 8-12 medals from the Tokyo Olympics.

The Tokyo Olympics will be declared open later on Friday as the Opening Ceremony takes place with boxer Mary Kom and men’s hockey captain Manpreet Singh as India’s flag bearers.
“We have high expectations from our athletes. The entire country is praying for our athletes and we hope that we win a lot of medals. I think we will be able to win 8-12 medals this time around. Hockey, badminton, wrestling, all our athletes are in good shape,” Yogeshwar told ANI.
“I think we can win 2-3 medals in wrestling and if God permits, there will be good things to see in wrestling. All our athletes are hungry to win medals. I believe that we will have a better showing than the London Olympics,” he added.
Former India weightlifter Karnam Malleswari echoed Yogeshwar’s sentiments and said she also thinks that India would come back with 10-12 medals.
“We are thinking positively, if we look at the performance in the past years, Mirabai Chanu has been performing well and I have high hopes from her. It depends a lot on planning. This time around, Mirabai has planned well and we hope that she will win the medal. I think we will be able to win 10-12 medals,” said Malleswari.
Twenty-five members from the Indian contingent will attend the Opening Ceremony to be held on Friday at the National Stadium amid the COVID-19 concerns in the Japanese capital.

Ankita Raina has been added to the list of players who will attend the event on Friday evening while Manika Batra and Sharath Kamal from the Table Tennis team will not attend the ceremony, IOA Secretary General Rajeev Mehta confirmed on Twitter. Amit, Ashish Kumar, Mary Kom are among the eight boxers who will be present at the function along with six Indian officials. (ANI)