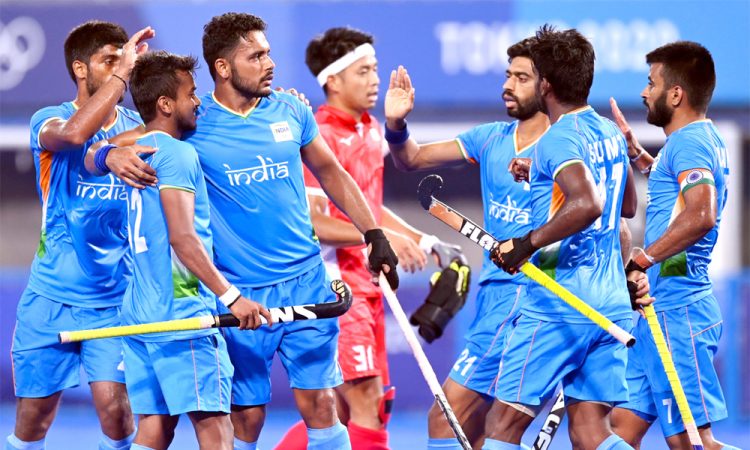 By virtue of this win, India finished second in Pool A behind Australia with four victories out of five Games.

TOKYO, July 30: Striker Gurjant Singh was twice on target as India comfortably outclassed hosts Japan 5-3 on Friday to complete their pool proceedings with four victories after having already sealed a quarter-final berth in the ongoing Olympics.

India secured their 14th and final penalty corner soon but again made a mess of the chance. But the Indians didn’t give up and continued to attack and minutes from the final, Navneet saved her side from early elimination, much to the relief of chief coach Sjoerd Marijne. (PTI)