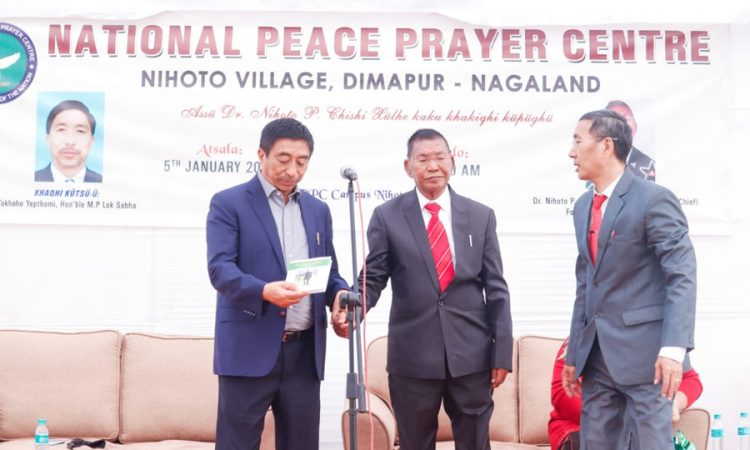 Speaking at the release programme as guest of honour MP, Tokheho Yepthomi said that Dr. Nihoto P Chishi, who was also his school teacher at Aghunato town in 1963, was one of the best teachers who was always served the community honestly and sincerely.
Tokheho further added that he was a peace loving citizen and a man of charity by nature who possesses lot of values of community service and quality of life that today’s generation should emulate. His sayings, “necessity has no law” is truly a rational thought being experienced by all in some or other ways, he said.
Dr. Hesheto Chishi in his author’s note mentioned that Dr. Nihoto P. Chishi is a man of substance who has a golden heart for the people who were in need and his concern for the well being of the community is deeply adorable and appreciable. The author also stated that his contribution to the society is innumerable and immense.
The programme was chaired by, Director, NPPC, Ahovi Zhimomi while the invocation and benediction prayer was pronounced by, Pastor, NBC, Mughalu Aowomi and Chaplain, NPPC, Pihoshe Assumi, respectively. (Page News Service)