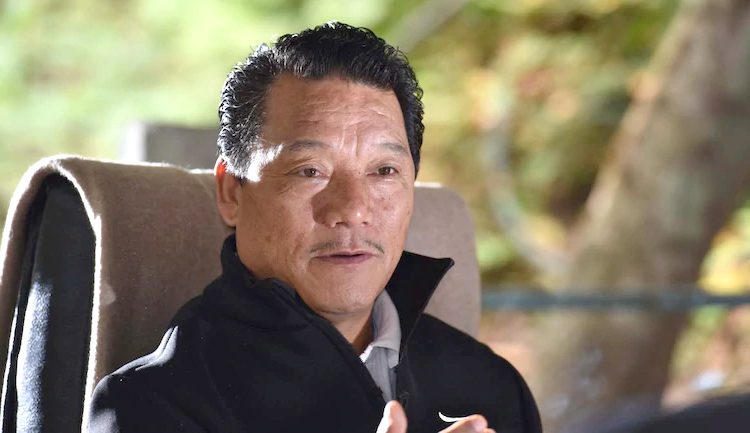 SILIGURI, OCTOBER 30: The ruling Trinamul Congress is yet to formulate a ‘party line’ to counter opponents at a time when anti-TMC political parties and a section of civil society have been criticising Chief Minister Mamata Banerjee over Gorkha leader Bimal Gurung’s appearance in Kolkata recently with alleged support from the state police.
When approached, a senior Trinamul leader in North Bengal refused to comment on the matter, but disclosed that no one will speak on the matter as party leaders have not yet received the ‘party line’ on it.
Notably, as Gurung informed the Press of his decision to quit the NDA and join the TMC in Kolkata on 21 October, the All India Trinamul Congress (AITC) tweeted about the development and welcomed his decision and his faith in Banerjee. However, there has not been an official statement of the state Government or Banerjee herself, despite criticism from various quarters.
B JP leader slams Mamata Banerjee
When veteran CPIM leader Asok Bhattacharya said that people have finally understood the “politics and game plan” of both the Trinamul Congress and the BJP with Gurung, BJP leader Bharati Ghosh, a former officer in the Indian Police Service, came down heavily on both the CM and Gurung.
Speaking on social media on the present Hill affairs, Ghosh, who contested the Lok Sabha polls on a BJP ticket, said: “Chief Minister Mamata Banerjee is power hungry. As the CM could not kill him like a Maoist leader Kishan ji, she now wants to use him again only for her political interests. Her policy is to kill dangerous elements, if she fails, then makes a deal of understanding to ensure her votes. But I think Darjeeling people will finally realize the state-sponsored ‘rule by fear’ by using Bimal and they would give judgment against Mamata Banerjee during polls.” Citing an example of attacks on the Kalimpong police station, which claimed the life of civic volunteer Rakesh Raut and injured home guard D Bhutia, Ghosh said the state Government used Amitava Mallik’s mother, Ganga Mallik, who filed a writ petition in the Supreme Court, demanding punishment for Gurung. “The state took such a decision to keep control over the case and so that the CBI cannot interfere, as Bimal filed another writ at the same time.”
Ghosh also claimed how Banerjee, terming her ‘manonia’, can use such a man like Gurung, who has been identified as a “traitor” as per an affidavit submitted by the state in the Court.
Based on the affidavit, Ghosh claimed: “A total of 22 cases were against Bimal Gurung, which is under trial; he was named in the FIR in 56 cases, 47 cases have been charge-sheeted. A top police officer, addressing the Press, claimed that Bimal was linked with Maoists and insurgent groups in Northeast.”
She also claimed that police had recovered 9 AK 47 rifles and huge ammunition from the banks of the Rangeet River. She further recalled that 2 policemen died and 119 were injured, 76 vehicles were damaged (of them 25 belonged to the police), 37 properties including 17 belonging to the police were damaged. “The Supreme Court’s observation was very significant and it was serious in nature, and the SC also stated that the state cannot avoid its responsibility on the issue of law and order”, Ghosh said.
“But being the Minister for the Police Department, she used the police to try to kill him, and the Kalimpong SP crossed the Bengal Sikkim border and entered Sikkim area in a bid to kill him. Bimal Gurung managed to escape during a shootout there, but one of his party activists was killed in police firing. Sikkim police then registered a murder case against the Kalimpong SP in September 2017”, Ghosh said
“Despite him having such criminal records, manonia plans to use Bimal like Chhatradhar Mahato in Jungle Mahal just to manage votes. When Gurung definitely knows that a separate statehood is impossible without the Centre’s clearance, what is the deal between Manonia’ and Bimal? At last, it has been established that she is a ‘biswasghatak,'” she added.
Notably, both the Left Front and the Congress may move the Court on the matter, even as Gurung’s legal advisors are in touch with state officials so that the state can withdraw cases against him, sources have said. (Courtesy: TS)