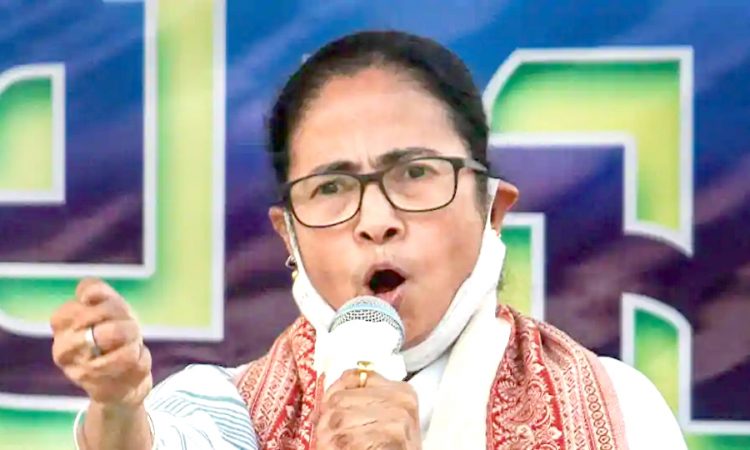 Kolkata, January 4: The ruling Trinamool Congress will bring a resolution at the West Bengal legislative assembly against the three contentious farm bills, party supremo and chief minister Mamata Banerjee said on Monday.
“We would hold the assembly session for one or two days and there we would bring a resolution to withdraw the farm bills. We would try so that the resolution is passed unanimously. I know the BJP will not support it. But I expect other parties would support,” Banerjee said.
Banerjee had earlier lent her support to the farmers and had even sent a team of MPs to meet the protesting farmers at Singhu border. Over the phone, she even spoke to farmers protesting in Delhi against the Centre’s new agriculture laws.
Meanwhile, the tussle between the centre and the state over release of funds under the PM Kisan Samman Nidhi program to farmers in West Bengal continued.
Banerjee alleged that the centre is depriving the farmers of West Bengal by not sending funds under the PM Kisan Samman Nidhi program.

Under the scheme, an income support of Rs 6,000 per year in three equal instalments is provided to small and marginal farmer families having combined landholding or ownership of up to 2 hectares.
“I had urged the centre to send the money to the state government so that we could distribute it to the farmers. But they want to send it directly bypassing the state. I called the Union agriculture minister a few days ago and asked him why the centre does not believe in the state government,” she said.
Earlier, the BJP had hit out at the TMC after the Calcutta High Court had directed the Comptroller and Auditor General (CAG) of India to perform an audit of the distribution of relief materials and compensation in the aftermath of cyclone Amphan that hit West Bengal in May last year. Alleged nepotism and malpractice by the TMC panchayat leaders involved in the distribution of compensation had turned into an issue in poll-bound West Bengal. The state had later moved the Supreme Court against the order.
BJP leaders had earlier alleged that the Mamata Banerjee administration was not allowing the centre to send funds directly to farmers as it would prevent the state and TMC leaders from siphoning off money.
On November 6, the centre had informed the Mamata Banerjee administration that around 21.7 lakh farmers from West Bengal had enrolled themselves for the PM Kisan Samman Nidhi program in the union government’s portal and that the state government was yet to complete the verification process.
“I want the farmers to get the funds and so we have already written to the Union government to share the details of the farmers who have enrolled themselves, so that the state can start the verification process,” said Banerjee.
BJP leaders in the state have hit back saying that the CM was presenting things in a wrong manner.
“The Centre had repeatedly asked the state to provide the names of farmers and their bank accounts. The state didn’t send. Union home minister, during his visit to the state, had said that if the state sends the data, the Centre would immediately release the funds. The centre had sent funds after cyclone Amphan had hit the state. What happened to that money?” said Jaiprakash Majumdar, BJP’s state vice president. (Courtesy: HT)