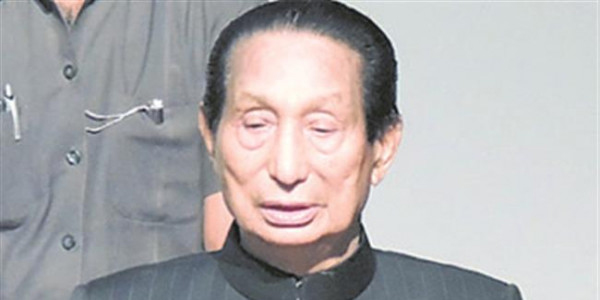 Dimapur, February 13: Former Governor of Odisha, Dr SC Jamir has said that the time has come for Nagas to embark on revival, restoration and reinventing the Naga society.
In an opinion piece, Jamir said, “As any other people on the globe Nagas too yearn for a better tomorrow. But it has to be fashioned by the Nagas themselves based on realities of the prevailing situation in the world. No useful purpose would be served by chanting and glorifying the bygone days.”
Calling upon all to let unity determine the future course of action, he said, “Let consensus be the key to reinventing our real and true spirit and let the divisive forces and saboteurs be part of the process and thereby become part of a chain of events which posterity would remember as perhaps the most progressive period, rather moment in modern Naga history and perhaps the most definitive and assured step in twenty-first century.”
If Nagas decide to embark on reviving and reinventing their society, through collective efforts and wisdom, Jamir said the most dreaded disease i.e. unresolved Naga political problem must come to a logical conclusion without which Nagaland can not progress.
Once this obstacle is removed, Nagas can shape their destiny in a peaceful manner unhindered by any negative element, he said.
However, Jamir opined that whatever be the outcome of the talks between the Government of India and the Naga underground political groups, time has come for the entire Naga people to wake up and actively involve themselves to take initiatives for revival, restoration and reinventing the Naga society. (Full Text) (Page News Service)