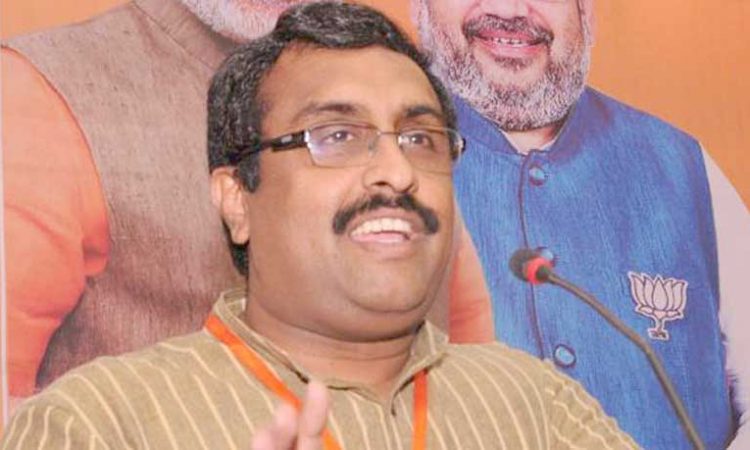 New Delhi, November 19: Stressing that over 100 days have passed since the Centre decided to abrogate Article 370, which granted special status to the erstwhile state of Jammu and Kashmir, senior BJP leader Ram Madhav on Tuesday said political engagement in the newly-formed Union Territory should resume “sooner than later”.
“I am personally in favour of, at least now that almost 100 days have passed since the decision was taken, some kind of political engagement to start in the Valley. I am talking about it (beginning political engagement in the Valley) in my party also. Hopefully, we will be able to do something about it,” said BJP’s national general secretary while addressing an event.
He added that normal political activities have resumed in Jammu. Commenting on the government’s decision to keep political leaders in Kashmir under preventive custody, Madhav said that no one can deny the fact that the leaders who are currently in preventive custody will lead protests once they will be allowed to walk free.
“We will also have to ensure that those protests need to be democratic and peaceful. That is expected. Nobody says there should not be any protest. It is a democracy, protests will be there,” he said.
It is to be noted that several mainstream leaders in Kashmir Valley, including former chief ministers Farooq Abdullah, Omar Abdullah and Mehbooba Mufti were taken into preventive custody hours before the Centre decided to abrogate Article 370 on August 5. While Omar and Abdullah are still under house arrest, Omar’s father and NC chief Farooq Abdullah has been detained under the Public Safety Act since September 17.
Madhav claimed that Jammu and Kashmir has witnessed major transformation since the scrapping of Article 370. “So new kind of political activities will resume whenever the first opportunity comes. I am very keen that opportunity should come as soon as possible,” he said. (Zee News)