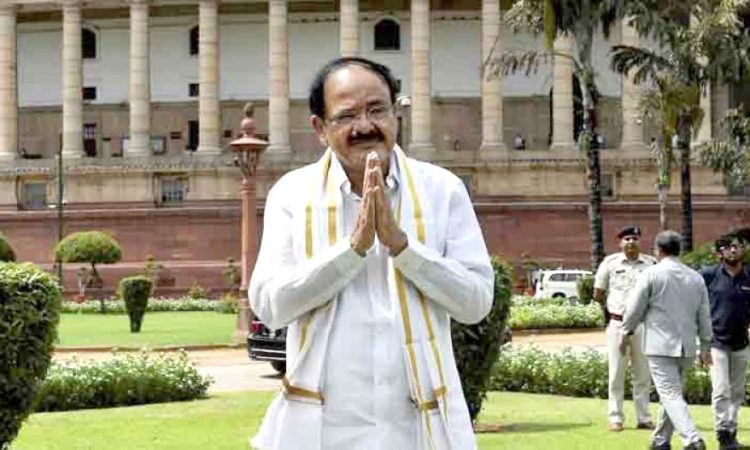 New Delhi, September 5: The time has come for India to become “vishwa guru” once again and emerge as the hub of knowledge and innovation, Vice President M Venkaiah Naidu said on Sunday.

He also said that the country must not only strive to nurture but also seek to preserve its rich cultural heritage and legacy for posterity.
In a Facebook post to mark the birth anniversary of Sarvapalli Radhakrishnan, which is celebrated as Teachers Day, Naidu said that “each one of us owes, in substantial measure, his or her career choices in life to mentoring and guidance by our teachers”.
India, the vice president observed, was an acclaimed centre of learning in ancient times, he said.
It was known as vishwa guru (teacher to the entire world) attracting knowledge-seekers in various disciplines from different corners of the globe. They came from afar to sharpen their intellect, acquire new knowledge, hone their skills and widen their intellectual frontiers, Naidu noted.
Charaka Samhita, Aryabhatiya, Arthasasthra, Shukranitisara and Yoga Sutras of Patanjali are among the many well-known ancient treatises that testify to the vast repository of knowledge of ancient India, the vice presdient wrote.
The education system of the time was both formal and informal with gurukuls, patashalas and even temples playing an important role in the holistic development of an individual, he said.
“At the core of it lay the unique Guru-Shishya parampara of those times in which the erudite Guru passed on a vast treasure of knowledge in addition to teaching crucial life-skills to an eager, obedient and devoted disciple,” Naidu recalled.
The New Education Policy (NEP)-2020 aims to overhaul the education system and create a new order that will meet the requirements of 21st century education, while building upon India’s traditions and value systems, he wrote.

“Quite appropriately, the NEP places the teacher at the heart of the fundamental reforms in the education system,” Naidu said, adding that the new policy will help in fostering an appropriate ecosystem where both teachers and students will realise their full potential and contribute to the advancement of humanity in all spheres. (PTI)