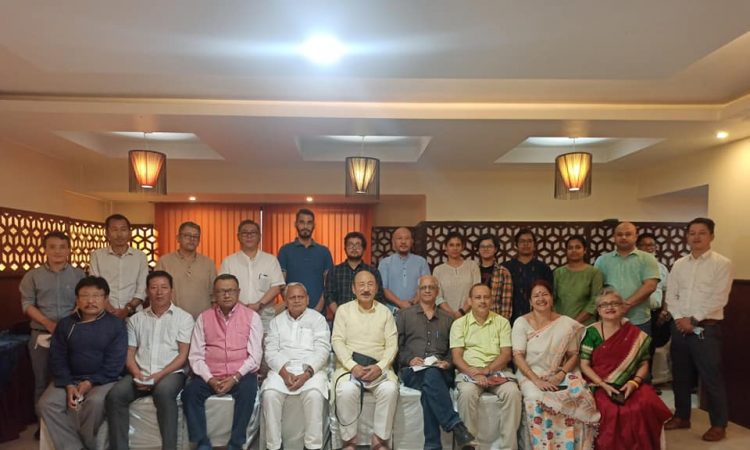 Itanagar, July 31: The India-Tibetan Cooperation Forum (ITCF), an umbrella body of Indians supporting the Tibetan freedom movement, on Saturday that it has decided to observe October 20 as a protest day against the Chinese aggression on Arunachal Pradesh in 1962 and Ladakh in 2020.

The Chinese attack on Arunachal Pradesh started on October 20, 1962. The armies of India and China were also engaged in a faceoff at Galwan valley in Ladakh in June last year.
Dharamshala-based Central Tibetan Administration’s newly-elected president (Sikyong) Penpa Tsering, recognized as the highest political leader for exiled Tibetans across the world, is likely to attend the function, senior ITCF functionary Rinchen Khandu Khrimey said.
Sino-India ties cannot progress unless Tibet issue is amicably resolved and His Holiness 14th Dalai Lama regains his Potala Palace in Lhasa in a dignified manner, Khrimey said.
He said during a meeting of ITCF at Guwahati on Friday that it was decided that the ITCF and other India-Tibet support groups would hold the function at Tawang on October 20.
Khrimey added that Prime Minister Narendra Modi’s recent birthday wishes to the Dalai Lama, the Tibetan spiritual head, gave fresh hope for millions of Tibetans.

The 14th Dalai Lama has made India his home since fleeing China in 1959.
Tsering, who was sworn-in as the president of the Tibetan govern-in-exile, is likely to visit Tibetan settlements at various places during his trip in October, said Khrimey, the national convenor of Tibetan cause India Core Group, which is a part of the ITCF. (PTI)