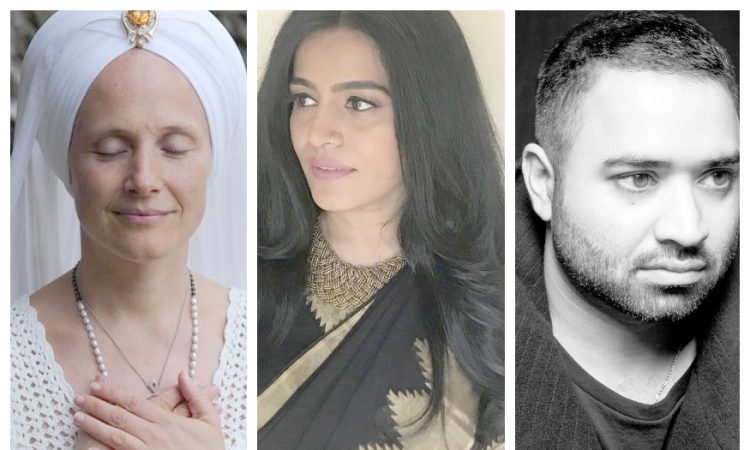 Three Indian-origin musicians have been nominated at this years Grammy Awards. Falguni Shah, Prashant Mistry and Snatam Kaur Khalsa come from different musical backgrounds and have been nominated in three different categories at the awards.
US-based Snatam Kaur performs new age Indian devotional music, kirtan, and tours the world as a peace activist. Her music is rooted in the Sikh tradition. Her album Beloved is nominated in the New Age Album category.
“For Beloved, I spent a good amount of time developing the pieces because I wanted each to be one that people could connect with, listen to and chant along to. In the Sikh tradition, there’s a reference to (a principle called) call of response. It’s not about one person’s performance. There’s a community response [that’s required]. So, in this album, [I’ve kept] enough space for people to sing and chant,” she told Mid-Day.
Having learnt devotional music from her mother, who trained in India, the kundalini yoga teacher combines her learning across disciplines to create a holistic healing pattern for her followers during workshops.
Competing in the Best Children’s Album category is Falguni Shah with her album Falu’s Bazaar. It is packed with Indian flavours, like the track Masala (where she decodes Indian spices for her son), or a Gujarati lullaby crooned by her mother. The 14-track album came about owing to her attempt to answer son Nishaad’s questions on why their way of living is different from the rest.
“I am honoured to be representing not only India at the Grammys, but also the millions of immigrants who have travelled to the US to achieve success,” Falguni, who moved to New York in 2010, said in a statement.
London-based Prashant Mistry’s album, Symbol, has been nominated in the Best Immersive Audio Album category. He describes it as “a call to empathy in times when powerful forces are trying their best to drive us apart.”
Among the few Indian-origin musicians to make a flourishing career in electronic music overseas, the work of Prashant Mistry’s Engine-Earz Experiment is reflective of his learning from this country. “Indian sounds are an intrinsic part of my palette. I grew up with [Indian] instruments, which are as much a part of my musical make-up as electronic music.”
The 61st Grammy Awards will be held on February 10.