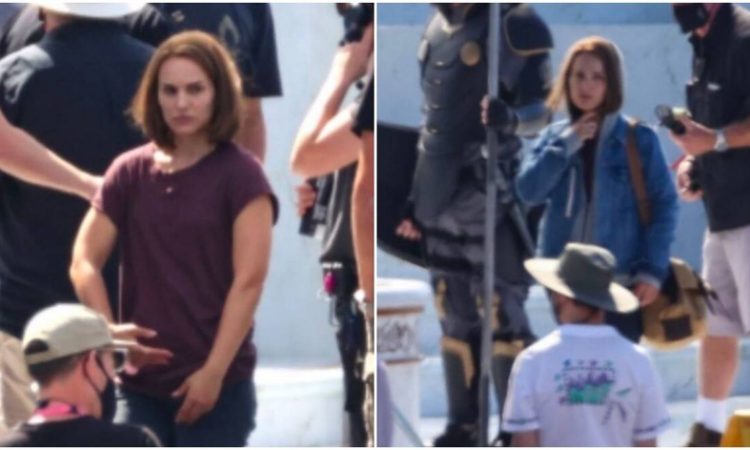 Thor: Love and Thunder is currently being shot in Australia. The Marvel Cinematic Universe movie sees Chris Hemsworth return as the God of Thunder while Natalie Portman will reprise the role of Jane Foster. She will also be introduced as the first female Thor in the MCU.

In the videos and photos shared online, it has been revealed that the film revisits the location where Odin died and Hela destroyed Mjolnir in Thor: Ragnarok. New Asgard seems to have erected a monument in the memory of Odin. A photo features Asgardian warriors standing on the edge of the monument with spears in their hands. Another photo gives fans a close look at Natalie, as Jane, standing at the centre of the monument.
The video from the location shows Natalie writhing in pain, mid-air, with neither an Avenger nor a Guardian around.
The new leaks come just days after a video revealed that, like Thor: Ragnarok, Thor: Love and Thunder will see Matt Damon and Luke Hemsworth play fake Loki and Thor, as they re-enact a scene featuring Hela.
Last year, Natalie spoke to Yahoo! and revealed that she was training for her role in the movie. “I can’t tell you that much. I’m really excited. I’m starting to train, to get muscles. If there can be all these female superheroes, the more of them they are, the better it is. I’m trying to think — it’s based on the graphic novel of The Mighty Thor. She’s going through cancer treatment and is a superhero on the side,” she said. Thor: Love and Thunder is set to release in 2022. (Courtesy: HT)