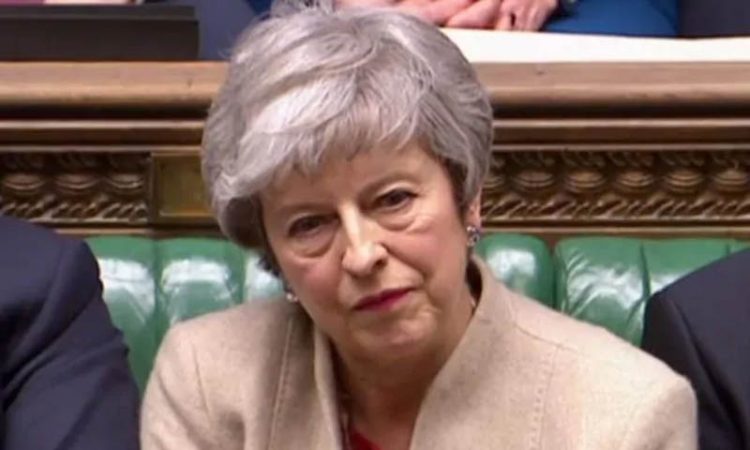 LONDON, July 24: Boris Johnson, the tussle-haired leader of the Brexit campaign, became prime minister of the United Kingdom on Wednesday, promising —“no ifs or buts” — that Britain would leave the European Union in October.
“The doubters, the doomsters, the gloomsters, they are going to get it wrong, again,” Johnson said in his first remarks as prime minister outside 10 Downing Street. “The people who bet against Britain are going to lose their shirts, because we’re going to restore trust in our democracy.”
Johnson declared, “I have every confidence that in 99 days’ time we will have cracked it,” and will exit the E.U. with “a new deal, a better deal.”
He implicitly blamed his predecessor, Theresa May, for failing in that challenge.
“After three years of unfounded self-doubt, it is time to change the record,” he said. “To recover our natural and historic role as an enterprising, outward-looking and truly global Britain, generous in temper and engaged with the world.”
Johnson made his name as an over-the-top journalist and then as a colorful London mayor. His supporters hope that as prime minister, he will keep all his promises.
The transition of power in Britain’s parliamentary democracy is brutal — and lightning quick.
May curtsied to Queen Elizabeth II on Wednesday afternoon and resigned. Minutes later, Johnson bowed and was asked to form a new government.
The dance began earlier in the day, when May appeared in the House of Commons for her last session of prime minister’s questions, a weekly exchange between the ruling government and the opposition, as tradition dictates, “two sword lengths apart.”
Lawmakers thanked May for her service. Their harshest lines were reserved for Johnson, whom opposition rivals called “flagrant” and “reckless,” a usurper with no mandate, and someone who is prepared to “sell our country out to Donald Trump and his friends.”
May offered tepid support for her successor. She said she was “pleased” to hand over to Johnson, whom “I worked with when he was in my cabinet,” and who is committed to delivering Brexit. Johnson notably quit May’s cabinet over her Brexit approach.
When May herself came under attack in the House of Commons session, she gave as good as she got.
Labour Party leader Jeremy Corbyn laid into her — saying that under her tenure, child poverty was up, pensioner poverty was up, school class size was up, food bank use was up. May retorted that she was proud of her record. She then lowered her head, eyeballed Corbyn and poked him with her horns: “As a party leader who has accepted when her time was up, perhaps the time is now for him to do the same.”
Jo Swinson, the new leader of the ascendant Liberal Democrats party, asked May if she had any advice for “women across the country on how to deal with those men who think they could do a better job but are not prepared to do the actual work.”
May smiled but didn’t take the bait — if that’s what it was — to make any references to Johnson. Instead, she offered: “Be true to yourself, persevere and keep going.”
Harriet Harman, the longest-serving female member of the House, honored May as Britain’s second female prime minister. But Harman added a sly reference to May’s rocky relationship with President Trump: “Sometimes you just have to be a bit more careful when a man wants to hold your hand.” (Agencies)