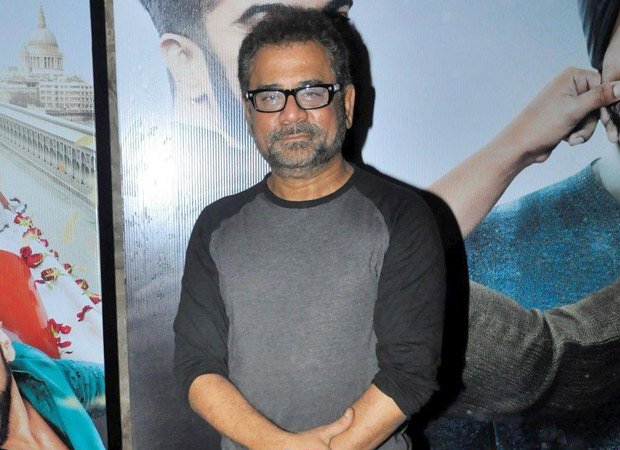 From playing the younger version of Shatrughan Sinha’s character in 1981’s “Naseeb” to becoming a writer-director famous for comedy capers like “No Entry” and “Welcome”, Anees Bazmee says his 42 year-long career in the film industry has taught him the most important lesson in life: shortcuts never work.
Born in a remote town of Modasa in Gujarat to poet Abdul Hameed ‘Nerang’ Bazmee and Khatoon Begum, a homemaker, the 58-year-old director said he developed a penchant for writing from his father.
“Writing was something I enjoyed, maybe because of my father as he was a poet. When I was in the fifth grade, he made me translate his poetry from Gujarati to Urdu,” Bazmee recalled.
While poetry earned his father love and respect, there was not much money, the director said, adding he entered the film industry as a child artiste at the age of 13 to earn a decent living for his family.
Bazmee also starred in the 1977 comedy “Kitaab”, directed by Gulzar, and 1979 horror film “Bhayaanak”, featuring Mithun Chakraborty, but acting was never his goal.
By the time he turned 17, Bazmee was learning the ropes of filmmaking from legendary actor-director Raj Kapoor on “Prem Rog” as an assistant director on the 1978 film, starring Padmini Kolhapure and Rishi Kapoor.
“It has been 42 years since I started working in the industry. This includes my work as a writer, in the art department, editing, sound, etc. I also did ghost writing for 30 to 35 scripts.
“I did so because I wasn’t financially stable then. Once these films started doing well, I gained confidence to write a film and officially the first film I wrote was ‘Swarg’ in 1990. The next nine movies were golden jubilee. Then direction happened,” the director told PTI in an interview.
Bazmee, who made his directorial debut with the 1995 film “Hulchul” and tasted his first hit as director with “Pyaar Toh Hona Hi Tha” three years later, said he has always written films for the masses.
“My aim is to entertain people across the country. Writing is the most essential ingredient of a successful movie. There is no shortcut in writing, you have to get deeply involved into it. It is an art which either you know or don’t know.”
Even though he is best remembered for his comedies, Bazmee has penned over 60 films across genres such as “Shola Aur Shabnam”, “Aaj Ka Goonda Raaj”, “Bol Radha Bol” and “Laadla”.
“I have always made all kind of films from drama to romantic to suspense thriller to comedy,” he noted.
The director said in the 1990s, he was often the “first choice” to write a Hindi remake of a South film.
“Pratibandh” and “The Gentleman”, starring South star Chiranjeevi and Juhi Chawla, Govinda-Karisma Kapoor’s “Raja Babu” and “Gopi Kishen”, which saw Suniel Shetty in a double role are some of the Hindi remakes Bazmee wrote in the era.
“At that time, I was busy writing eight to nine films and all of them went on to become hit. I have written about 20-25 South remakes here. I am aware about films that are scene-to-scene copy of the original, even the colour of the hero’s shirt is the same but I don’t believe in that.
“I take the soul of the film and make it the way I want. It is important to understand what is good and bad in a film when you remake it. For a pan-India film, there has to be a different setting, new culture, and style,” he said.
His directorial “It’s My Life”, produced by Boney Kapoor, is a Hindi remake of the 2006 Telugu blockbuster “Bommarillu”.
Starring Genelia D’Souza and Harman Baweja, the movie is getting a direct-to-TV release 13 years after it was shot.
TV channel Zee Cinema and Kapoor have joined hands to release film on Sunday.
“It’s My Life”, which also features Nana Patekar and comedian Kapil Sharma, was shot back in 2007 but never saw light of the day.
“It is a pleasant surprise that I got from Boney ji. I started this film in 2007. We felt bad that the film didn’t release then and now we are happy the film is releasing in coronavirus time on TV when most people are at home due to the pandemic,” Bazmee said.
The film follows a father (Patekar) whose excessive interference in his son’s (Baweja) life leads to the latter harbouring bitterness towards his overbearing father.
The Telugu original starred D’Souza, Siddharth and Prakash Raj in the lead.
Bazmee is now looking forward to start shooting for Kartik Aaryan-starrer “Bhool Bhulaiyaa 2”. The production on the film was impact due to COVID-19 pandemic.
The director has also signed on to helm a film for Balaji Telefilms. (PTI)