Many men have lived through the last few months in their pyjamas. But now that cooler days lie ahead, work-from-home/stay-at-home attire will transition to warmer track pants, sweatshirts and hoodies. Dressing gown, anyone?
I can almost see the blank looks of younger readers, who’ve likely never encountered this garment, and the derisive expressions of older ones, who know of it, but as a quaint relic from the past.
At one time, though, the dressing gown was what dapper gentlemen wore at home. In Hindi movies, it was closely identified with screen fathers ~ the well-dressed, well-off dads wore it with style, often while standing at the top of a grand staircase, sometimes with a cigar or pipe in hand.
Typically, it was a robe with broad lapels, fastened at the waist with a sash. It was made of thick silky-shiny fabric (lightly padded for warmth, I think), and often had a self-coloured pattern.
It was introduced to India by the British and adopted by rich upper-class Indian men in an attempt to reflect sophistication and status. And that’s how it was presented in Hindi movies. It imparted an air of gravitas, especially if the pater familias was busy forbidding weddings or turning unwanted, impecunious suitors away from the house.
Dressing gown sightings in Hindi movies are far too numerous to enumerate, but I have a few favourites, classic scenes where the garment held centrestage.
Top of the list are two scenes in Awara (1951) starring Prithviraj Kapoor and Nargis. Kapoor plays the wealthy, imposing Judge Raghunath; Nargis is his ward, Rita. Both scenes are set at the dining table. In the first, Rita helps the Judge into a luxurious-looking patterned dressing gown, chiding him because it’s getting late for his dinner. They then take their places at either end of a long dining table, a bearer standing at attention near the Judge. Excitedly she tells him she’s met an old school friend, Raj, after 12 years. The Judge is immediately suspicious. Rita says she asked Raj what he did for a living and he said he was a thief. She clearly thinks it a big joke, but the Judge isn’t so sure.
In the second scene, Rita is sneaking in after a rendezvous with Raj when Judge Raghunath spots her and calls to her. He’s wearing the same dressing gown, smoking a cigarette and looking quite thunderous. They have a tense exchange that ends with Judge Raghunath stalking off in a temper, and stomping up a magnificent curved stairway. In both scenes, the dressing gown underlines perfectly his air of uncompromising patriarchal command.
My second pick features Nasir Hussain in Mere Sanam (1965). Hussain was a wonderful actor who played father to a legion of heroes and heroines. Here, he has a trademark confrontation scene with Biswajeet, heir to his industrial empire. The setting is once again the dining room and Hussain, who plays a tycoon, is in a dark brown, slightly shiny dressing gown, with a muffler around his neck. When Biswajeet tells him that he’s fallen in love with Neena (Asha Parekh) and wants to marry her, Mehra launches into a furious tirade about how a girl with no khandaan to speak of can never marry his heir!
The final pick in my top 3 is from Andaz (1949), and features Murad and Nargis playing a rich businessman and his beloved daughter. This father is tender and indulgent. Murad doesn’t approve of Neena’s friendliness with young men, but he presents his point of view lovingly. It’s good to remember that not all father figures in Hindi cinema were stern and unbending; many were doting and deeply sympathetic. His dressing gown was memorable too ~ it had elaborate embroidery going all the way down the front and around the cuffs of the sleeves.
Fathers don’t wear dressing gowns in Hindi movies anymore and I’m guessing it would be hard to find one in the stores. Some fashions are destined to die, but that doesn’t mean we can’t remember them fondly. (Courtesy: HT) 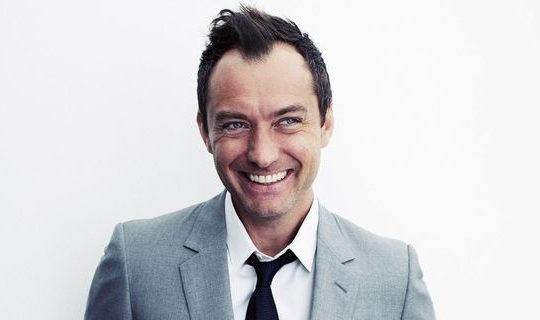