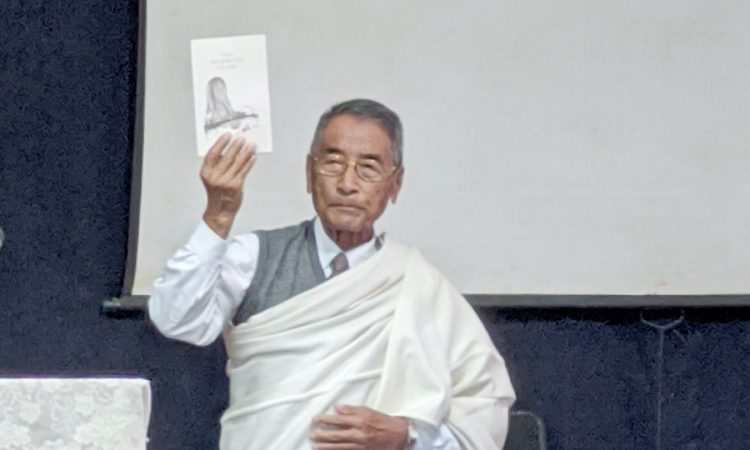 Dimapur, October 4: Celebrating a beautiful and a well lived life, a service in memory of Nini Vinguriau Lungalang was held on Sunday evening at Northfield Khikha, Kohima. Marking her first death anniversary, a book titled “The Morning Years” written by Nini was also released by former Chief Minister of Nagaland and one of the most celebrated writers in Angami literature, Dr. Shürhozelie Liezietsu. The Morning Years first came to print in the year 1994 and is being republished by PenThrill Publication House.
Releasing the book, Dr. Shürhozelie Liezietsu remarked that Nini is one of the first Nagas to master English literature. “She was so well versed in this discipline”, he said while expressing that it was very wise of her family to organise this memorial service to remember her achievements and her life, and to bring out her book after 26 years.
Poetry, he said, “is a literature that involves our mind through experiences and also through emotions, and it’s not easy for a person like me from a poor background to understand, and yet without poetry, literature would be incomplete.”
Renowned Social Activist, Niketu Iralu delivered a moving eulogy for Nini while referring to the service as an act to memorialize, remember and give thanks for her life. “She was such a person, whose mind, heart and soul were all at work; they were fully engaged all the time”, he said. Iralu also talked about how Nini responded to crisis, her honesty and her intellectual qualities.
He further referred to a poem- ‘To the Skylark’ by William Wordsworth and said she was such a person as described in the poem in the lines that read, “Type of the wise who soar, but never roam; True to the kindred points of Heaven and Home!” He also expressed gratitude to all those who are continuing that kind of a legacy for our people.
In her publisher’s note, Vishü Rita Krocha recalled how the journey of the book started and described Nini as a brilliant, towering poet, who was class apart and one of the finest writers that Nagaland has ever produced. She also expressed that the making of the book has been an emotional journey especially for her daughter, Tamara and appreciated her courage and the role she has played in the publication of the book. She also read out the poem “The Morning Years.”
Mention may be made here that Nini Vinguriau Lungalang was born in that raging peace between Indian Independence and the Naga Nationalist Movement. Her childhood was almost entirely spent out of Nagaland. She was educated at Loreto, Shillong, St. Edmund’s College and Delhi University. She was married to Jacob Poovanthinkal, and has a daughter. She taught Literature and Classical Music at Baptist College, Kohima during its initial years and later went on to serve as Vice Principal at Northfield, Khikha, Kohima till she passed away in October, 2019.
Highlights of the memorial service included welcome, prayer and life sketch by Pastor Dirang Lungalang, special song by Noune Kuotsu, homily and benediction by Pastor Shan Kikon. Pheluopfelie Kesiezie was the leader for the book release and Mhasineinuo Sekhose and Nosano Kikhi were the pianists, wherein a musical tribute was also played in her memory.
It may be noted that The Morning Years by Nini is the 34th publication of PenThrill and will be available at CROSSWORD Kohima, The Common Room Kohima, Gutouch Kohima, Made in Nagaland, Kohima, The Green Caravan App, Fusion Store Dimapur, OM Books Dimapur and online on Ilandlo and Amazon. (Page News Service) 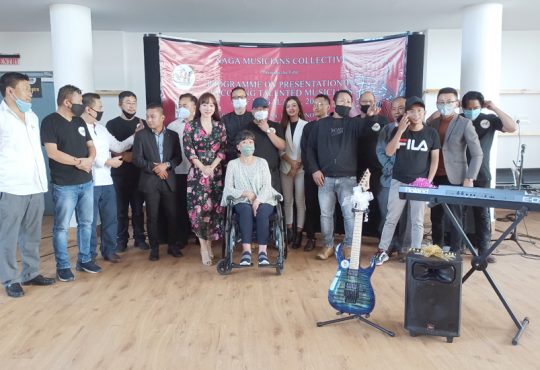 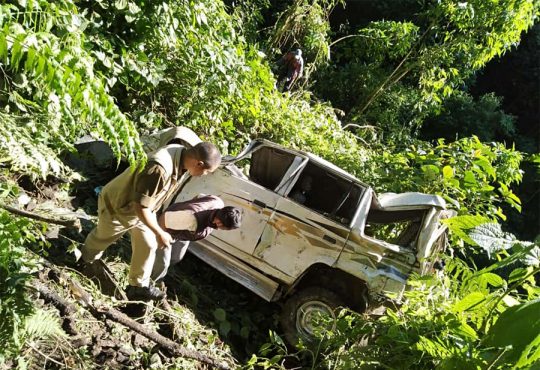 Kohima DTF on COVID-19 prepares for conduct of bye-election