Sign in
Home Infotainment Thanos has a dinosaur named after him

Thanos has a dinosaur named after him 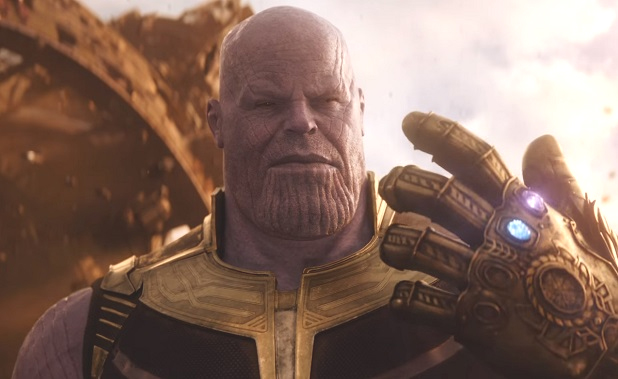 Thanos has always been a pretty big name for fans of comic books, but the character wasn’t quite mainstream — not like Robert Downey Jr.’s Tony Stark or Chris Evans’ Captain America — until this year’s Avengers: Infinity War debuted in theaters.
Now that Josh Brolin’s portrayal of the character made the Mad Titan a household name, it’s only fitting the Marvel Cinematic Universe’s big bad now has a dinosaur named after him. Yeah, you read that right — Thanos is now the name of a newly-discovered species of dinosaurs.
The species — which is called the Thanos simonattoi —was a carnivorous dinosaur that resided in Brazil during the later part of Cretaceous Period around 145 million years ago. The announcement of the new dinosaur discovery first came in Historical Biology, a journal first published online on November 16, 2018.
Brolin is set to reprise his role as Thanos once again in next year’s Avengers 4, but that might not because the last time according to the actor. If he has his way, Brolin would appear in more Marvel Cinematic Universe movies in the near future.
“You know what, I don’t know what the future brings and who knows, but [I] love the idea of something infinite like this,” Brolin told ScreenRant. “I’ve never been involved in sequels. The fact that we’ve done some of Avengers 2, oh sorry, Avengers 4 but Infinity War 2, I’m going back. I’m going to do more, and we’re going to do some re-shoots and all that. So, I’m excited about all that. I love the Russos. I love working on the Avengers. I didn’t think I was going to and I actually loved it. I didn’t even like it. I loved it.”
“I like playing that character. It’s a Brando-esqe, Apocalyptic Now character and it’s fun, but you know, I don’t know. I don’t know what the future holds. I’ve been surprised my entire career so we’ll see.”
Thanos is next slated to appear in next year’s Avengers 4, set to hit theaters on May 3, 2019. Other upcoming Marvel Cinematic Universe movies include Captain Marvel on March 8, 2019 and Spider-Man: Far From Home on July 5, 2019.

Celebration of 100 years of Manipuri dance in Santiniketan begins